Living to 100 - the Secrets of the Centenarians. A talk for Valentine's Day! 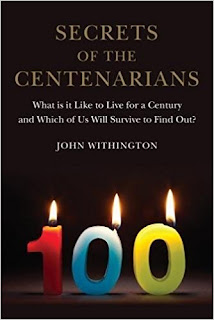 Thank you to the Crouch End and District U3A for inviting me to give a talk on Valentine's Day, 14 February 2019 on my book: Secrets of the Centenarians: what is it like to live for a century and which of us will survive to find out? (Reaktion)

I'll be asking why there 90 times as many centenarians as there were 100 years ago? Why do women outnumber men by about 5 to 1? What determines who will make it to 100 and who will fall by the wayside? And can we go on expanding human lifespan or have we reached our limit? I'll also be telling the stories of the oldest people who have ever lived and the famous people who made it to 100 – the celebrity centenarians.

https://cedu3a.org.uk/monthly-meetings/
Posted by John Withington at 18:48 No comments:

Brexitwatch: a time to write 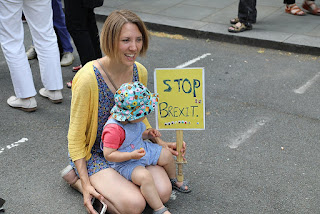 To everything there is a season. And this is the season to write, write and write again to your MP, the Prime Minister, or any other senior figure you think needs a nudge in the right direction.

The Brexiters are on the run. Look at how they cannot get the votes to challenge Theresa May, look at how cabinet minister Amber Rudd says the Brexit fanatics' favourite 'no deal' is a dead duck. And what of May herself? After years of pretending we will leave the EU at the end of March come hell or high water, she has now admitted there may be 'no Brexit at all'.

MPs are now starting to look nervously over their shoulders. What if Brexit happens and goes as badly as you would expect? When will 'I voted for Brexit' start becoming a toxic, perhaps career-ending label? Hansard helpfully lists how every MP voted in every division. The fanatics probably will not care, but lots of MPs who have been backing Brexit, or failing to obstruct it, because they wanted a quiet life, must now be getting very worried. Make them realise they will not escape responsibility.

And what if there is an Iraq-style inquiry into who was to blame for the Brexit disaster? They may be putting a brave face on it, but there are some very nervous politicians around. So write, write and write again. Don't let anyone have the excuse: 'I did not realise'.
Posted by John Withington at 14:05 No comments: 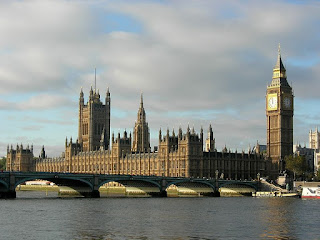 
Dear Sir Keir,
I trust you and all your Labour colleagues will be supporting the amendment to the Finance Bill due to be debated this evening requiring the government publish 'the full study of the impact of the government’s proposed terms of departure compared with the benefits we currently enjoy”
Posted by John Withington at 09:14 No comments: 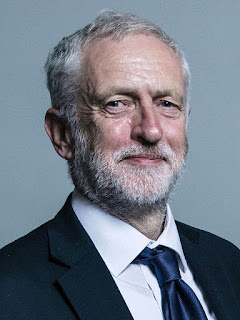 My MP happens to be Labour's Brexit spokesperson, Sir Keir Starmer. I have written to him many times and most of the time he has an answer, even if I do not always consider it satisfactory, but there is one question I have asked him several times and I have never received an answer. It is this:-

Sir Keir has admitted that Brexit has no benefits, and that Labour was proceeding with it only because of the referendum result. So now it has been demonstrated that the referendum was won illegally, why is Labour not demanding that it be stopped?

If you have a Labour MP who has not declared against Brexit or for a People's Vote on any Brexit terms, I urge you to write to them to ask why they are still demanding implementation of the result of a bent referendum. Below is one of my emails to Sir Keir on this topic:-

Dear Sir Keir, I cannot believe that Labour has not called for an immediate halt to Brexit in view of the evidence provided today of yet more law-breaking by the Leave campaign. I have already written to you twice on this issue (see below) but you have ignored me. What is Labour's strategy here? Stick your fingers in your ears, cover your eyes, pretend none of this has happened, and then hopefully it will all go away? You yourself have admitted that Brexit has no benefits, and that Labour was supporting it only because it was the 'will of the people'. Now it is clear that the referendum was won by serial law-breaking, this excuse will no longer wash. If Labour fails to act, not only will it impoverish our country, and in particular the people Labour are supposed to care most about, destroying jobs, businesses, public services, savings,people's rights to live and work in Europe etc, it will also give a green light to any party that wants to cheat in future elections in our country. Take action to stop Brexit now. I appeal to you and Labour not to continue in this gross dereliction of your duty. I look forward to hearing from you.

Brexitwatch: Get your council to fight for a People's Vote 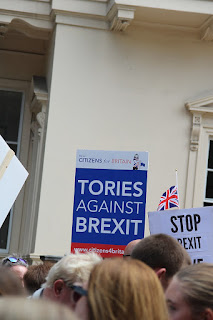 The Scottish Parliament has become the latest democratic body to support the demand for a 'People's Vote' referendum on any Brexit terms that Theresa May may secure. Other supporters include trade unions and local councils, including a dozen London boroughs. More, including Brent, Islington, Kingston, Redbridge and Southwark are due to decide whether to join up soon. My own council, Camden, is due to take a view on Monday.
Below is the email I have sent to my local councillors. Please note: it is crucial that any vote contains a 'Remain' option. Without it, any referendum will be a sham.
Dear Councillors,
I understand that the council is deciding on November 12 whether to join the many democratic bodies now demanding that there be a 'People's Vote' referendum on any exit arrangement negotiated by the government with the EU.
I trust you will support this demand, and that you will also insist that any vote must include a 'Remain' option. Without that, any vote will plainly be an undemocratic sham.
If I were to list all the reasons why you should support a People's Vote, you would not have time to read them, but here are just a few:
1. Any Brexit will seriously damage the UK, and particularly the people Labour is supposed to care about.
2. The people of Camden are aware of this and overwhelmingly reject Brexit.
3. The Brexit promised by the Leave campaign cannot and will not be delivered.
4. The referendum of 2016 was won by lies, criminality, gerrymandering of the electorate etc.
History will judge very harshly those who supported, facilitated or failed to do their best to stop Brexit. Don't be one of them. Do the right thing.
Yours sincerely
John Withington
Posted by John Withington at 16:13 No comments:

Our climate really IS getting stormier 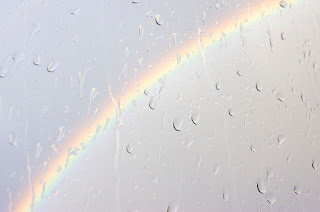 Rainstorms really are getting worse. Examining how the UK's weather has changed, the Met Office concluded that heavy downpours were 17% more common in the decade from 2008 to 2017 than they had been between 1961 and 1990.

It also says that our climate is warming up, with hot spells lasting twice as long as they did between 1961 and 1990, and our hottest days nearly a degree warmer than they used to be, while our coldest days are more than a degree and a half milder than between 1961 and 1990. And the number of 'tropical nights' when the temperature never gets below 20 degC (68F) is going up too.

A stormier climate is precisely what scientists have been saying global warming would cause, and the United Nations is now calling for 'unprecedented' action across the world to slash carbon emissions to zero by 2050, and stop the temperature rising more than 1.5 degC above pre-industrial levels.

For more on how climate change affects storms, as well as the history of storms, the role they have played in religion, art, films and literature, plus the methods people have used to try to tame them, see my book Storm: Nature and Culture (Reaktion). https://www.amazon.com/Storm-Nature-Culture-John-Withington/dp/1780236611