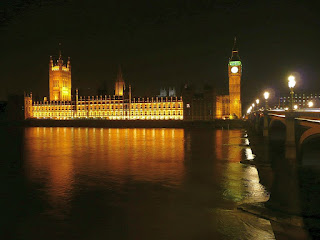 Labour supports a 'People's Vote' - a referendum on the terms of Brexit - apparently. The party demonstrated its support this week by refusing to vote in favour of an amendment in parliament to secure, er, a People's Vote!

Ms Smeeth said: 'I have a duty to support the will of my constituents. We need to leave, and leave with a deal that works for the Potteries,' thus illustrating her ignorance of both an MP's duty and of the effect Brexit will have on her constituents.

This is what I have written to her:

Dear Ms Smeeth,
There is no Brexit that 'works for the Potteries'. Indeed, the West Midlands will be the hardest hit region in the whole UK, except for the North-East. https://blogs.sussex.ac.uk/uktpo/2018/03/26/brexit-will-negatively-affect-all-regions-of-the-uk-but-the-north-east-is-most-vulnerable/
As an MP, your duty is not to 'support the will' of your constituents but to do 1) the best thing for your country then 2) the best thing for your constituents. So it is your duty to now tell your constituents the truth and fight with all your might against the Far Right Brexit coup, which will cause terrible damage to them and the UK.
Anyway, you have no idea what 'the will' of your consituents is, because the Brexit they voted for is not being, and cannot be delivered. The referendum was advisory. It was won by gerrymandering the electorate, lying, cheating and criminality. It is profoundly undemocratic to 'respect' the result, which is in any case completely irrelevant to the circumstances in which we now find ourselves.
If Labour betrays our young people and the future of our country, it will never be forgiven. If you tell the truth, some of your constituents may be cross, but it is your duty. If you are not prepared to discharge that duty, you must resign.
Yours sincerely,
John Withington

Posted by John Withington at 17:08