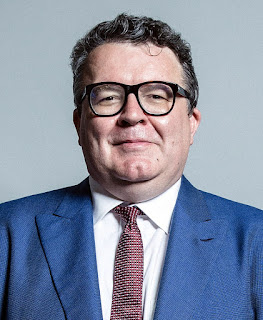 It's being reported that Labour has omitted any mention of a referendum on any Brexit terms - a 'People's Vote' - from its European elections leaflets, because it got 'forgotten'. (It's the second time Labour has used this excuse).

I've written to Labour's Deputy Leader, Tom Watson, (team@tom-watson.com) to protest and to say that I will not vote for Labour unless it stops helping the Tory government to drag us out of the EU.


Dear Mr Watson
I am bitterly disappointed to learn that the Labour Party's election leaflet for the European elections contains no mention of a People's Vote.. This is deeply foolish as well as duplicitous. After the 2017 General Election, Labour betrayed its voters by claiming that voting Labour meant they backed Brexit. Many will not be fooled again. I will believe the party is committed to a referendum on any Brexit terms, including an option to remain, only when I hear it unequivocally from the mouth of Jeremy Corbyn himself.
And when I hear alleged Labour MPs like Caroline Flint singing the praises of Theresa May's blind Brexit when even Nigel Farage admits it is worse than staying in the EU, words fail me.
If we leave the EU, I will not forgive Labour.
There is no longer any justification for Brexit:
1. Any Brexit will damage the UK and particularly the people Labour is supposed to care most about.
2. The referendum result is null and void as it was won by lies, cheating and criminality. (I have taken this up with my MP, Sir Keir Starmer on a number of occasions and I am bitterly disappointed that Labour has tried to sweep it under the carpet - an act of foolishness and cowardice that will haunt the party for a very long time.)
3. The Brexit that was promised is not being and cannot be delivered, and there is no mandate for either of the available Brexits - Theresa May's blind Brexit or 'no deal'.
Labour's half-hearted opposition to the right wing Brexit coup has been a dreadful stain on the party's reputation, and if we are now dragged out of the EU, I will regard Labour as being as much to blame as the Tories. I trust you will now do whatever is necessary to stop it.
If we do leave, I will not forget, and I will do everything I can to help defeat Labour in all subsequent elections.
There is still time to do the right thing, but it is fast running out.
Yours sincerely,
John Withington

Posted by John Withington at 19:26