Brexitwatch: What is Theresa May up to? 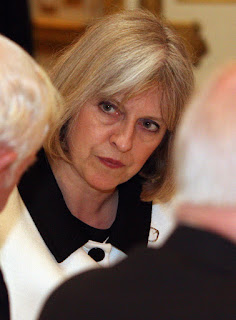 During the EU referendum campaign, British Prime Minister Theresa May claimed to be supporting Remain, though her participation was so discreet as to be almost invisible. And yet just three months later, she is supporting the most extreme and damaging form of so-called ‘hard’ Brexit – rejecting the European single market that buys almost half of the UK’s exports.

Why? There are a number of possible explanations:

1. Ms May is a liar. She was always a supporter of hard Brexit and was just pretending to support Remain because she was afraid that backing Leave would damage her ambition to be Prime Minister.

2. Ms May genuinely supported Remain but has been won over to hard Brexit by arguments advanced by the Brexiters since the referendum. As no credible arguments for hard (or any other sort of) Brexit have been put forward, this seems unlikely.

3. Mrs May, like Boris Johnson, is not much interested in arguments about EU membership. She just wants to be Prime Minister, and will say or do whatever she thinks necessary.

4. Mrs May was afraid the Brexiters might ruin her first Tory Party Conference as PM, so she adopted David Cameron’s approach – cowardice and capitulation. In fact, she still believes in Remain, or at least staying in the single market, and at some convenient point in the future, thinks she will somehow pull the Tories back to this position. Good luck with that one. Look how it worked for Cameron.

5. Mrs May is engaged in a softening up exercise, conjuring up the most disastrous picture of Brexit imaginable, so that when she comes up with something that damages the country a bit less, Remainers will be pathetically grateful and go along with it, instead of continuing to argue that the referendum was (as indeed is the case) advisory and not binding, unfair, won on the basis of a pack of lies, indecisive etc

6. Like Boris Johnson, Mrs May believes Britain can have its cake and eat it, remaining in the single market while ripping up the rest of our agreements with the EU on freedom of movement, EU law etc. This is hard to believe as virtually every important person in the EU has made it clear this is a non-starter, and in spite of (presumably) months of looking, the Brexiters have not found anyone of substance who says the opposite,

7. Mrs May, like the Brexiters, has not the faintest idea what to do. I am far from sure, but I think this is probably the most likely explanation.

Posted by John Withington at 18:13