Reading Proust in French for the French - the movie!

Proust Lu. Here I am reading Marcel Proust's A la Recherche du Temps Perdu in French - an excerpt from Albertine Disparue, sometimes known as La Fugitive. Honoured to be involved in Véronique Aubouy's wonderful project. 'Beautiful bedroom, great reading' says a comment in Polish. A French comment says my reading has only 'a touch of Britishness'. I'm very flattered.

Credit to skill and patience of cameraperson, Lee Banting.

Posted by John Withington at 09:02 No comments:

Reading Proust for the French - in French! 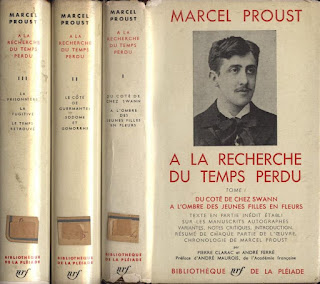 I am proud to have been involved in the monumenal Proust Lu project of Véronique Aubouy, a French film maker who has recruited 1500 people to read Proust's monumental A la Recherche du Temps Perdu to camera in a kind of literary relay.

Véronique allocated me a couple of pages of La Fugitive, sometimes called Albertine Disparue, the sixth of the seven novels that make up the work. Proust is not the simplest French - often very long sentences - and reading it aloud called for fierce concentration. I needed a lie down afterwards.

I'd first read A la Recherche when I was in my twenties, which was some time ago.

By the time it's finished, Proust Lu will probably run for about 180 hours.

The 145 hours completed so far was shown at the Médiathèque de la Ciotat, not far from Marseille, in December. Here's an interview with Véronique Aubouy:

Posted by John Withington at 12:57 No comments:

'Milkman' is a masterpiece 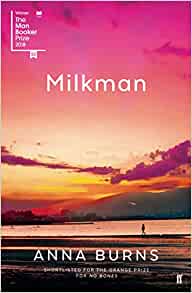 I do not say this lightly or often. In my opinion, Anna Burns' novel Milkman is a masterpiece. Its shunning of proper names gives it a universality as it tells the story of a young woman's life caught up in the turmoil of a violent political struggle.

It's written in Joycean, though more accessible, stream-of-consciousness style. I listened to the audiobook, read by the author herself, and found it a completely compulsive listen.

Posted by John Withington at 18:03 No comments: