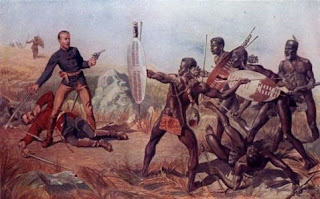 King Cetshwayo, ruler of the Zulus in the late 1870's, was a confirmed Anglophile, saying he revered Queen Victoria like a mother, but some unscrupulous expansionists in London and South Africa wanted to get their hands on his lands and in 1879 they managed to foment a war.
An army of 7,000 crossed into Zululand, but the British commander, Lord Chelmsford, was afraid the enemy would try to avoid giving battle, and he kept dividing up his forces.   On January 22, he left behind just 1,250 soldiers at his main camp at Isandlwana.
Astonishingly, the Zulus had managed to hide an army of 20,000 or more, and they fell on the British, who had neglected to fortify their position, and virtually annihilated them.    When the news reached England, people thought at first that it must be a hoax – a British army with modern rifles and artillery destroyed by tribesmen armed mainly with spears!
But Prime Minister Benjamin Disraeli had to admit to Parliament that there had indeed been a ‘terrible military disaster’.    The full story is in Britain’s 20 Worst Military Disasters, and there are only five shopping days to Christmas!
Posted by John Withington at 18:59 2 comments: 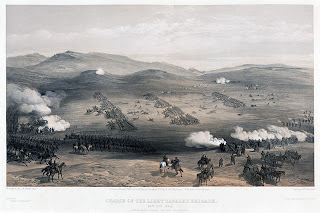 It was probably the most famous blunder in British military history.   In 1854, Britain, France and Turkey were fighting the Russians in the Crimean War.   Early on October 25, the Russians began the Battle of Balaclava to try and break the allies’ fragile supply chain.
‘Two such fools could hardly be picked out of the British army,’ was one soldier’s verdict on the cavalry commanders, Lords Lucan and Cardigan, but it was a confused order by the commander-in-chief, Lord Raglan, that sent the Light Brigade, considered by many to be the finest light cavalry in the world, on a suicidal charge against Russian guns along the 'Valley of Death'.
Not only did the brigade have to endure fire from the guns they were attacking, there was also enemy artillery on either side of them.    Thanks to their courage, they managed to capture a few of the guns, but they were soon driven off by the Russians’ superior numbers, and then all that was left was a painful retreat back through enemy gunfire.
Out of the 600 men who set off, 300 were killed, wounded or captured.    After the charge, the battle petered out, but it had an important consequence – the British lost control of their main supply route, condemning them to a winter of shortage, sickness and death.
Posted by John Withington at 07:45 No comments:

UK and Europe - how the relationship works 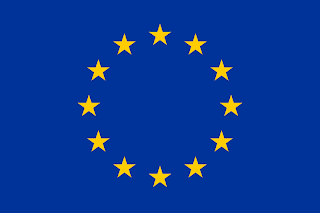 *A Facebook page I have just written on Britain's 20 Worst Military Disasters.  http://www.facebook.com/notes/the-history-press/a-disastrous-retreat-by-john-withington/10150453234788631
Posted by John Withington at 15:43 No comments: 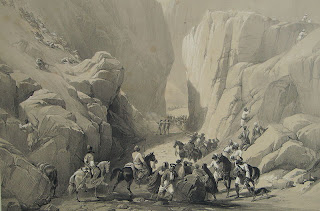 The British government had no quarrel with the people of Afghanistan, but was worried about the presence of influential foreigners.   It decided to get rid of the existing government, and impose one it liked.   Then it compiled a dodgy dossier to drum up support for a war.
Any of this sound familiar?   It was what happened in Afghanistan in 1839, when the foreigners were Russians, not al-Qaeda.   At first, everything went swimmingly.    The popular ruler, Dost Mohammed, was replaced by Amir Shah Shuja-ul-Mulk, who the Afghans had thrown out 30 years before, whose main interest was his enormous harem, and who dismissed his new subjects as ‘dogs’.
After the Brits had been in control for a couple of years, the Afghans rose up, and in January 1842, the occupiers said that as they were there only for the benefit of the Afghan people, if the Afghan people did not want them, then they would leave.
There followed the most disastrous retreat in the history of the British army.    Around 16,000 British soldiers, Indian sepoys and assorted camp followers began the 90 mile journey to Jalalabad.   At every pass, they were ambushed by Afghan tribesmen, while cold, hunger and exhaustion gnawed at them.     A week later, just one solitary army surgeon reached Jalalabad.
Dost Mohammed once again became ruler and proved himself a true friend of the British Empire until his death in 1863.   But he always remained baffled by the invasion, once telling a British visitor:  ‘I cannot understand why the rulers of so great an empire should have come to deprive me of my poor and barren country.’
Posted by John Withington at 13:09 2 comments: 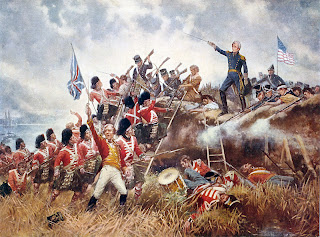 The year 1815 is celebrated in British history for the great victory at Waterloo, but there was also a great defeat – at New Orleans on January 8.   Britain and the infant United States had fallen out over Britain’s press-ganging of American sailors, her attempts to impose a blockade against Napoleonic France, and American territorial ambitions in Canada.


In fact, the battle should never have been fought, as the two combatants had made peace at Ghent on Christmas Eve 1814, but the news had still not reached America.     If it had, the British would probably have been disappointed.   They had 8,000 professional soldiers, many of whom had helped defeat the French in the Peninsular War, and fancied themselves to rout General Andrew Jackson’s untrained frontiersmen.


The American ranks, though, were packed with sharpshooters, and Jackson had constructed his defences well and sited his artillery very effectively.    When the British charged, they were cut down in dozens.


The British commander, Edward Pakenham was killed, as was another British general, and within 25 minutes, the Redcoats had to withdraw, having lost 2,000 killed, wounded or captured against just 300 casualties on the American side.


*A review of Britain’s 20 Worst Military Disasters from Kent on Sunday.


http://www.kentnews.co.uk/news/how_kent_s_military_disasters_changed_the_course_of_history_1_1147200
Posted by John Withington at 12:06 No comments: 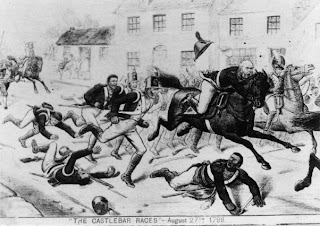 The Irish Rebellion of 1798 was on its last legs when a mini French army of just over 1,000 men, led by animal skin dealer turned revolutionary general Joseph Humbert, landed near Killala in County Mayo.
Skilfully avoiding British forces, the French plus a few Irish recruits they had managed to pick up, found themselves early on the morning of August 27 before the walls of Castlebar, County Mayo’s county town, where they finally faced the enemy.
It should have been no contest.   The British had cavalry and artillery with a range of 1,000 yards.  The French had only muskets effective at 100, but they managed to launch a ferocious bayonet charge.
Was it the fact that a new British commander had arrived just hours before the attack?   Was it that many in their ranks secretly sympathised with the rebel cause?    Whatever the reason, the British force fled from the field with such speed and enthusiasm that the encounter was dubbed ‘the Castlebar Races.’    The full story is in Britain’s 20 Worst Military Disasters.
Posted by John Withington at 17:37 No comments: