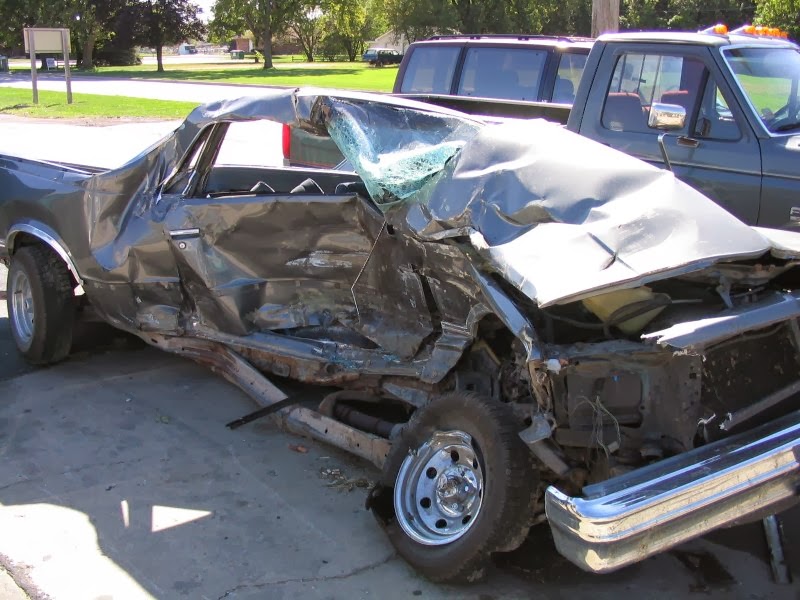 Fascinating piece in the Economist of Jan 25 on road accidents. At present, they kill about 1.3 million people a year – not far short of the number who lose their lives to tuberculosis, but the World Health Organisation expects the total to reach nearly 2 million by 2030, well outstripping tb deaths and catching up with AIDS as a killer.

The biggest increase is expected in the poorest countries, with deaths almost tripling. One of the main reasons being that when money is invested in new roads, little is spent on safety.

Already, road crashes are the main cause of death worldwide for people aged 15 to 29, with most victims men and boys. In poor countries, most of the people killed are pedestrians, while in developing countries such as Thailand, it tends to be motorcyclists.

In the developed world, better safety measures have seen road deaths actually being reduced. New York now has fewer than it did 1910, while Sweden has halved the number since 2000, cutting them by 80% since 1970.

*My updated website - http://www.disasterhistorian.com/index.html
Posted by John Withington at 15:51 No comments:

Polio - a tale of two countries 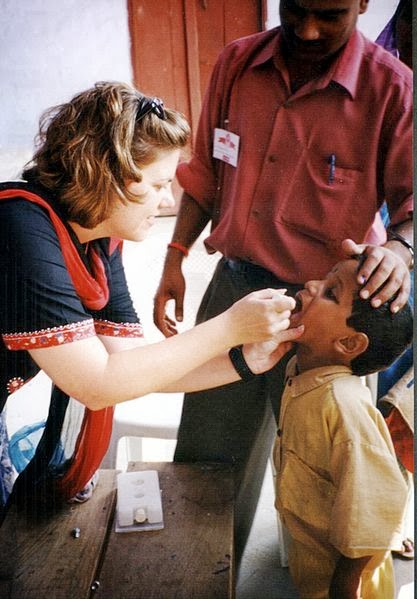 India became officially free of polio last month. It is now three years since its last case was recorded. The health minister praised the efforts of more than two million vaccinators who had made this possible.

India had launched its anti-polio campaign in 1995. An important role was played by religious leaders who gave reassurance to people who were suspicious about the immunisations. The country now hopes to eradicate measles by 2020.

Over the border in Pakistan, it is a different story. Along with Afghanistan and Nigeria, it is one of the last three countries in the world where the disease is still endemic. Indeed, it is on the increase. The practice of murdering vaccination workers does not help.


Last month, three were killed in Karachi, as were six policemen on their way to guard the teams. Those who oppose the immunisation programme claim it is a Western plot to sterilise Muslims. Now India is worried that the disease my re-enter the country from Pakistan.
Posted by John Withington at 09:12 3 comments:

Are floods getting worse? 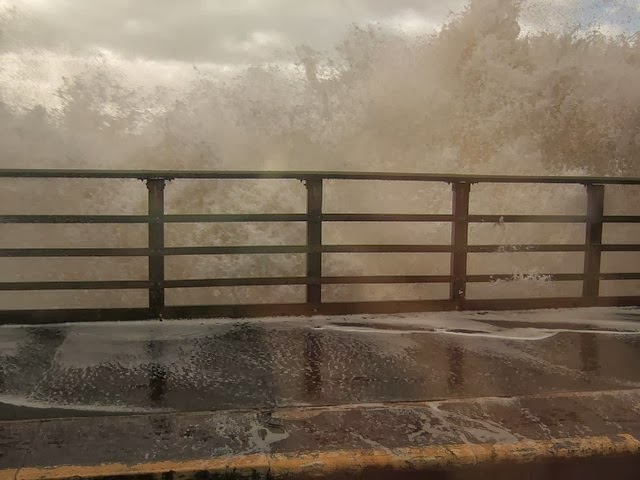 In the UK, the Thames Flood Barrier was closed just four times in the 1980’s, 35 times in the 1990’s, and more than 80 times from 2000 to 2010, while nationally 2013 was a record year for flood warnings, and many parts of the country have just had the wettest January since records began.
Across the world, a United Nations report said the number of natural disasters had quintupled over four decades, attributing most of the increase to what it called ‘hydro-meteorological’ events, while the giant reinsurance company, Munich Re, calculated that 2011 was the costliest year in history for natural disasters.
Over the centuries, floods have been the natural disaster most likely to afflict humanity, but a joint report from the United Nations and the African Development Bank in 2011 warned they were set to ‘increase both in frequency and intensity.’ And according to the Asian Development Bank, in 2010 and 2011 alone, they had helped to drive more than 40 million people from their homes.
My new book Flood: Nature and Culture (Reaktion Books ISBN 978 1 78023 196 9.) tells the story of the floods that have brought chaos to Britain and many parts of the world over the last few years, and examines the evidence that things are getting worse.
Flood also includes chapters on the deadliest floods in history, how some of the most ambitious structures ever built by humans have been erected to protect against flooding, how flood myths appear in religions all over the world, and how floods have been portrayed in literature, art and films.


*How a south-east London newspaper series has reported on my book - http://www.newsshopper.co.uk/news/11004502.January_was_wettest_month_on_record__but_flooding_is_nothing_new_for_London/
Posted by John Withington at 10:46 No comments:

Floods - the lengths to which we have gone to fight them

Some of the most ambitious structures ever created by humans have been put up in an effort to stop flooding. The founder of China’s first real imperial dynasty owed his position to some of these. Throughout history, the Yellow River has flooded so often it became known as ‘China’s Sorrow’, but during the third millennium before Christ, a man named Yu (pictured), was hired to tame it.

Inspired, it is said, by the many lines on a turtle’s shell, Yu decided the answer lay not just in building dykes, but also in clearing existing waterways and digging new canals. In one place, he even had a gorge cut through a mountain, which became known as ‘Yu’s doorway.’

Yu took on the job just four days after getting married, but such was his dedication that he never once visited his wife during the eight years he fought the river. The existing emperor was so impressed that he named Yu his successor instead of his own son, leading to the foundation of the Xia dynasty, which ruled the country for 400 years, though the river continued to be a menace.

Now there is a campaign to get World Heritage status for the Yellow River dykes, which were said to have required more technological expertise than the Great Wall, and consumed 13 times as much effort.

My new book, Flood: Nature and Culture (Reaktion Books. ISBN 978 1 78023 196 9) tells the story of many more ambitious anti-flood structures.  It also includes chapters on the deadliest floods in history, the flood myths that feature in so many religions, on how floods have been portrayed in literature, art and films, and on the impact that climate change may have on humanity’s attempts to combat them in the future.

Posted by John Withington at 12:20 No comments: 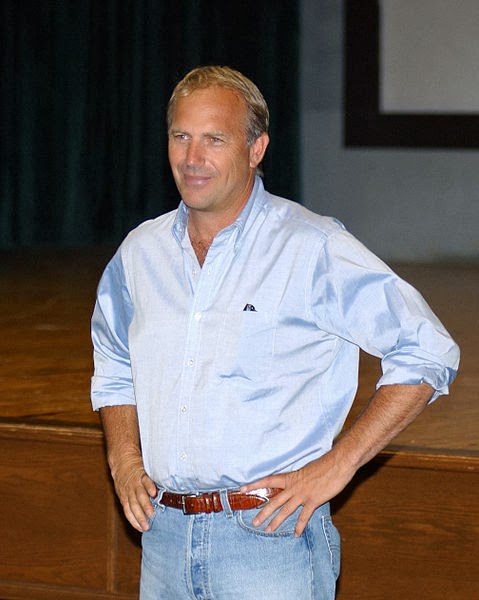 Floods played a crucial role in creating the disaster movie. One of the first examples was the 1933 film Deluge. It opens with a tsunami heading towards New York City. Skyscrapers collapse and people run for their lives. Then a huge wave bashes against the shore.
To modern viewers, the flood sequence looks a bit amateurish, with the buildings obviously models, but it became famous, and was plundered for re-use in later films. Seventy years after it was made, it demonstrated its resonance by influencing one of the most successful motion pictures of all time, Roland Emmerich’s The Day After Tomorrow.
This time, it’s climate change that brings a dreadful flood to New York City, which sees a ghost ship sailing along Fifth Avenue, and a few human survivors taking refuge in the Public Library. Typically, until the last minute, the politicians try to deny there’s anything wrong.
When it was made in 1995, the futuristic Waterworld, was the most expensive movie ever. It features a world that has been completely submerged because of some dreadful act by humans many years before.  Kevin Costner (pictured) plays ‘the Mariner’ a lone hi-tech yachtsman who sails around trying to live like a decent fellow – not easy when most of the other remaining people are thoroughly ghastly.
For the full story, see my new book, Flood: Nature and Culture (Reaktion Books ISBN 978 1 78023 196 9) which also includes chapters on how floods have been portrayed in literature and art, on history’s deadliest floods, on how flood myths appear in religions all over the world, on how some of the most ambitious structures ever built by humans have been erected to protect against flooding, and on the impact that climate change may have on humanity’s attempts to combat floods in the future.
*This is me being interviewed about the floods on BBC Radio Kent - https://www.youtube.com/results?search_query=withington%20flood%20kent&sm=1 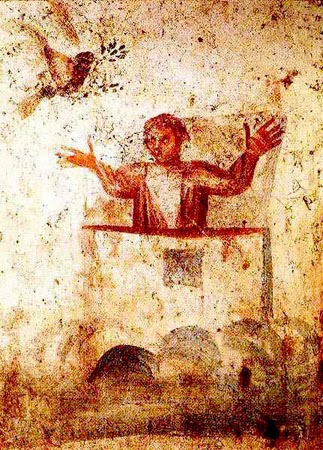 Floods are the natural disaster most commonly suffered by humanity, so it is not surprising that they have so often proved an inspiration for painters. Noah’s flood, for example, was one of the first subjects in Christian art, portrayed on the walls of the catacombs beneath Rome from as early as the third century (above).

It has been depicted by artists as diverse as Michelangelo, Raphael, Breughel, Poussin, Turner, Géricault, Millais, Dali, Chagall, and David LaChapelle. Other flood myths, such as the ancient Greek story of Deucalion also attracted artists like Tintoretto.

What attracted the Impressionists to floods was how the changed landscape gave them a new opportunity to investigate the fleeting effects of light. When Port-Marly on the Seine was inundated in the spring of 1876, Sisley painted it seven times, and Monet and Camille Pissarro also executed multiple takes on real floods.

Worries about global warming have stimulated the imaginations of modern artists, with illustrators Robert Graves and Didier Madoc-Jones composing London as Venice in which Westminster Abbey and the Houses of Parliament have become islands in a lake, while the British graffiti artist Banksy painted the slogan: ‘I don’t believe in global warming’ on a wall above a London canal in such a way that the letters seemed to be disappearing beneath the water.

*The full story appears in my new book, Flood: Nature and Culture (Reaktion Books ISBN 978 1 78023 196 9) which also includes chapters on how floods have been portrayed in literature and films, on the flood myths that appear in dozens of religions, on history’s deadliest floods, on how some of the most ambitious structures ever built have been erected in an effort to combat flooding, and on the impact that climate change may have on humanity’s attempts to fight floods in the future.

** Here I am being interviewed about floods by BBC Radio Humberside - https://www.youtube.com/watch?v=cDrkPEVsz2o

Posted by John Withington at 16:04 No comments: