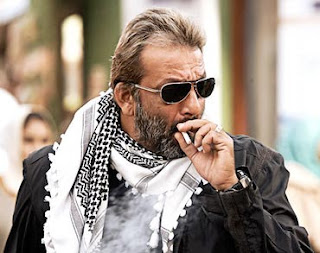 A chapter has closed in a strange story on the fringes of the Mumbai terrorist attacks of 1993 which left 257 people dead. The Bollywood star, Sanjay Dutt, aged 56, has been released from prison after serving 5 years for buying guns from the terrorists.

Dutt’s defence was that he had needed the weapons to protect his family during riots in which Muslims fought Hindus.

The son of a Hindu father and a Muslim mother, he was one of India’s most popular stars, specialising in tough anti-hero roles. Sentencing him at his trial, the judge said: ‘Don’t get perturbed. You have many years to go and work like the Mackenna’s Gold actor Gregory Peck.’

A hundred people were convicted for their role in the bombings, with 12 given the death penalty and 20 others sentenced to life imprisonment.  For more, see A Disastrous History of the World.
Posted by John Withington at 18:36 No comments: 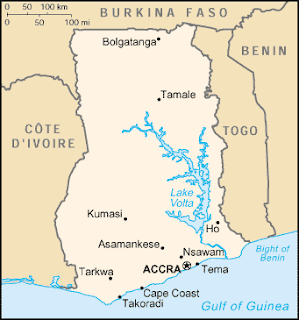 This week’s bus crash in Ghana was one of the deadliest in history. 71 people were killed, and another 13 seriously injured, when a coach collided head-on with a lorry carrying tomatoes near the town of Kintampo, about 260 miles from the capital, Accra.

It was travelling from the country’s second city Kumasi to the northern town of Tamale. Investigators have said the bus was overloaded. It should have been carrying only 63 passengers.

A survivor reportedly told police that the vehicle had brake problems. Another alleged the driver had been going too fast, and that he had ignored pleas to slow down.

Rescue workers had to use chainsaws to try to get to people trapped in the wreckage. There was anger about graphic images of the accident that were posed on social media, while Ghana’s president, John Mahama, went on to Twitter to offer his condolences. (See also my blogs of 5 January and 23 February 2010 and 9 February 2013.)
Posted by John Withington at 15:12 No comments: 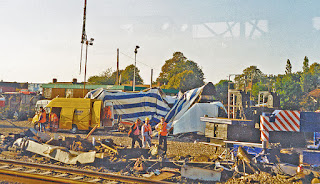 We still do not know what caused this week’s German train crash in Bavaria, in which 10 people died. The trains collided head-on on a stretch of single line track, but safety precautions introduced after another fatal accident in 2011 should have made this impossible.

As a German train approaches a red signal, an alarm is supposed to go off in the driver’s cab, and if he fails to stop, the brakes are supposed to go on automatically. Since the crash, there has been speculation that a signal controller may have turned off the automatic system, or even that someone else may have sabotaged it.

Rail crashes have often provided the spur for safety innovations. So in 1989, five people were killed at Purley in South London when one train ran into the back of another after going through a red light, even though the driver’s cab was fitted with an alarm that sounded when the train was approaching the danger signal.

After that, a system called ATP (Automatic Train Protection) was introduced to apply the brakes automatically if the driver ignored a red light. But that did not prevent a crash between a passenger and a goods train at Southall in West London in 1997 (see picture) in which seven people died. Neither the alarm system nor the ATP were working. For more, see London's Disasters.
Posted by John Withington at 16:12 No comments: 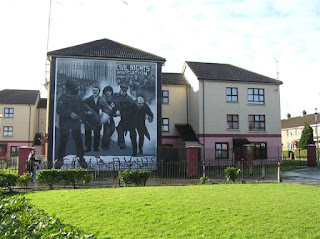 The British government has spent up to £400 million trying to find out the truth about Bloody Sunday in 1972, when 13 civilians were killed by the army, with reports that a number of soldiers may face being charged with murder.

Less than three years later, in the Birmingham pub bombings of November 1974, 21 people were killed by IRA bombers, and 200 more seriously injured, but the authorities seem to be a good deal less enthusiastic about getting to the bottom of what happened.

Inquests on those killed were closed when six men were convicted of the mass murder, but they were the wrong men, and they were released in 1991. No one has ever been found responsible, and now some of the victims’ families are trying to get the inquests reopened, but West Midlands police are apparently going to oppose them.

Last week the police interviewed a Dublin solicitor who was the IRA’s ‘director of intelligence' at the time of the bombings. He expressed his ‘shame and regret’ over them. But as you will see from my earlier blog of November 21, 2014, there are some very odd things about the police investigation. The authorities have decreed that an independent review of it should remain secret for another 54 years, and a lot of evidence, including another bomb that failed to explode, has gone missing.

Posted by John Withington at 19:07 No comments:

On this day…..42 years ago, fire broke out in the 25-storey Joelma Building in the centre of Sao Paulo in Brazil. The blaze happened just a few weeks after the disaster movie, The Towering Inferno, was released, and it became known as ‘the real Towering Inferno’.

The fire was started by an electrical fault on the 11th floor, and spread rapidly thanks to the ready availability of combustible materials such as paper, plastics and wooden walls and furniture, and within a few minutes, flames were leaping right up to the roof.

When the blaze began, there were more than 750 people inside, but the building had no emergency exits, fire alarms or sprinkler systems. More than 170 fled to the roof, but the heat and smoke foiled a helicopter rescue, and about 40 were killed jumping down or trying to get to firemen’s ladders out of reach below them.

Others died of suffocation attempting to escape via the building’s escalators, and altogether up to 189 people were killed. After the disaster, Brazil’s fire regulations were tightened up.
Posted by John Withington at 17:31 No comments: