A couple of years ago, I took a flight at dawn in a hot air balloon over Cappadocia in Turkey.  It was an unforgettably beautiful and thrilling experience, but you were always conscious that you were being kept in the air only by a roaring flame just above your head.


Unfortunately, something went horribly wrong on a flight 1,000 feet over Luxor in Egypt this morning, when a balloon caught fire, exploded and fell to the ground, killing up to 19 tourists.   Two people are thought to have survived what may have been the deadliest balloon accident ever.


An eyewitness in another balloon reported seeing people jump out of the stricken craft.  There are suggestions that it may have hit an overhead power line.


In 2009, another balloon came down over Luxor after hitting a communications tower, but accidents are mercifully rare.  Until today, the deadliest ever was probably the mid-air collision over Alice Springs in Australia in 1989 which brought one balloon to earth with the loss of 13 lives.
Posted by John Withington at 17:29 2 comments:

Compensation for cholera: UN says no 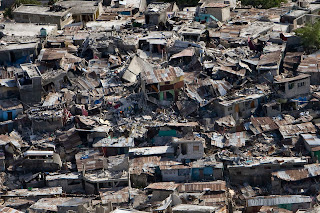 The United Nations has rejected demands for millions of dollars in compensation from victims of a cholera outbreak that killed 8,000 people in Haiti following the earthquake of 2010.


There is some evidence to suggest that the cause was leaking sewage pipes at a camp occupied by Nepalese UN peacekeeping troops, but the organisation has never accepted this.  More than 600,000 people have been infected.


Anyway the UN maintains that the charter that established it grants it legal immunity for its actions, but lawyers for the victims plan to challenge this view in Haiti’s national courts.


Last December, the UN launched an appeal to raise $2bn to fight the epidemic, which is currently the worst in the world.   Haiti is particularly vulnerable because it has very few effective sewage disposal systems.  (See also my blogs of 23 Oct, 12 and 24 Nov, 2010.)
*New Spanish review of Historia mundial de los desastres - http://www.argentinawarez.com/ebooks-gratis/2769602-descargar-coleccion-libros-bizarros-lb-letitbit-gratis.html
Posted by John Withington at 09:26 No comments:

Extraordinary moving pictures of a meteorite racing across the Russian sky, shaking buildings and shattering glass, clearly demonstrate the communications revolution brought about by small portable cameras, especially mobile phones.
A decade or so ago, there would have been little chance of a camera being on hand to capture the event as it happened in a remote region nearly 1,000 miles from Moscow.  The meteorite, which burned up in the earth’s atmosphere, weighed about 10 tonnes.
More than 950 people were injured, mainly by flying glass, two of them seriously.  A much bigger heavenly body, about half the size of a football pitch, passed within 17,000 miles of earth the same day.  In astronomical terms, this qualifies as a fairly near miss.
In 1908, Russia got in the way of another asteroid or comet.  It came down in a sparsely populated region of Siberia, flattening trees over an area of 800 square miles.    And many believe that the dinosaurs were exterminated by an asteroid that hit the Yucatan peninsula in Mexico 65 million years ago. 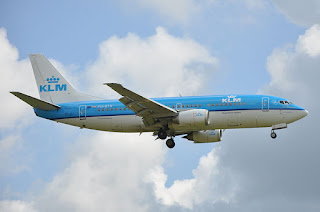 Last year saw the fewest number of airliner crashes since 1945, when, of course, there were only a fraction of the number of flights we have today.    Altogether there were 23 fatal accidents, killing 475 in aircraft, plus 36 on the ground.
The number involving passenger flights was even lower – just 11.  The year 2012 also saw the longest time to elapse without an accident in modern aviation history – 68 days.  The worst event of the year happened on June 3, when a Dana Air MD-83 crashed on approach to Lagos in Nigeria, killing 153 people on board and 10 on the ground.
Africa remains the least safe continent, accounting for 22% of all fatal airliner accidents even though the continent accounts for only about 3% of all departures.   Airlines from 14 African nations are banned from flying into the EU.

The accident figure has been declining steadily since 1997, and the Aviation Safety Network, which compiles it, says this is a tribute to the continuing efforts of international aviation organisations.

Posted by John Withington at 09:37 No comments:

It's the poor that gets the disaster

We are used to the idea that it is usually the poor who suffer most from natural disasters.   They tend to live in less sturdy dwellings in more dangerous places, have poorer access to telecommunications for warnings etc


But we have had a reminder this week that they are also more likely to be victims of man-made disasters.   At least 53 people are known to have been killed in a crash between a bus and a lorry about 60 miles north of Zambia’s capital, Lusaka.


The accident happened on a busy road as the bus was reportedly swerving to avoid an oncoming vehicle.    Roads in Zambia are often poorly maintained and vehicles overloaded, but this is believed to have been one of the worst accidents in the country’s history.


Meanwhile in Bangladesh, a ferry capsized on the Meghna River, near the capital, Dhaka, plunging scores of passengers into the water.    Only two bodies have so far been recovered, but up to 40 are still missing.  Ferry accidents are common on the country’s vast river network.    In March last year, more than 112 people drowned when a ferry collided with an oil tanker and sank also in the Meghna. 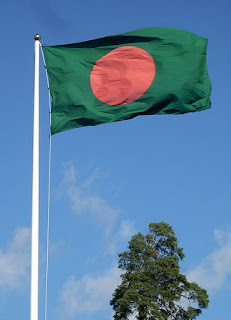 More than 40 years after Bangladesh’s war of independence, in which as many as 3 million people died, a special tribunal in the country has convicted its first war criminal.   Abul Kalam Azad was sentenced to death in his absence for genocide and murder.
Azad is described as a former leader of the youth wing of Jamaat-e-Islami, Bangladesh’s biggest Islamic party.    Its youth wing was the main source of paramilitary recruits for those supporting West Pakistan’s efforts to stop East Pakistan, as Bangladesh then was, seceding.
Its members are alleged to have abducted and murdered dozens of civilians.   Azad himself is accused of killing at least 12 people and of rape.    He fled the country last year, and is believed to be in Pakistan.
Critics, though, allege irregularities in the judicial process, and complain that it has been subverted in order to damage opponents of the government.

Posted by John Withington at 14:03 No comments: