Global warming - 'no one will escape untouched'

‘Nobody on this planet is going to be untouched by the impacts of climate change.’ So said Rajendra Pachauri, chair of the United Nations’ Intergovernmental Panel on Climate Change, as the panel’s latest report warns of ‘severe, pervasive and irreversible’ effects.

The dangers it anticipates include greater flooding in some areas, along with water shortages in others. It foresees declining crop yields just as the world’s population races up to 9 billion. The panel says the amount of evidence on the effects of global warming has doubled since its last report in 2007.

There are plenty of people who still deny that climate change represents a threat at all, but this latest IPCC report has been criticised by others for being too optimistic. Apparently a view has been taken that if the panel paints too gloomy a picture, politicians will just give up trying to do anything.

The report is based on more than 12,000 peer-reviewed scientific studies, and is said to be the most comprehensive assessment ever of the threat to the world from global warming.

*See my book Flood: Nature and Culture for more on how global warming may increase the risk of flooding.
Posted by John Withington at 12:45 No comments:

The mystery of flight MH370 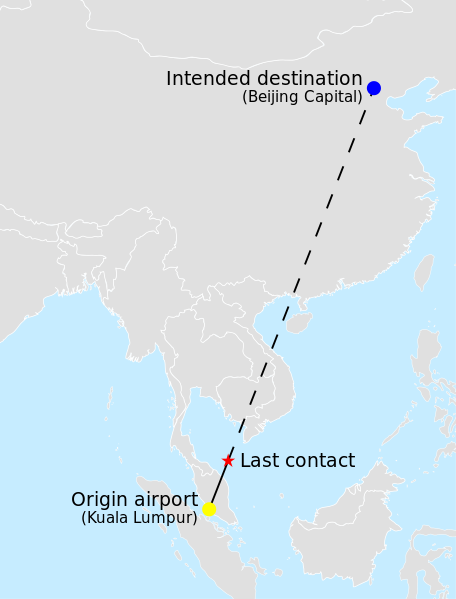 Perhaps the most baffling mystery in commercial aviation history – the disappearance of Malaysia Airlines flight MH370 – continues to defy solution, and the agony of those with friends and loved ones aboard goes on.

Search aircraft from five countries have been scouring the ocean for a sign of the Boeing 777 that left Kuala Lumpur for Beijing on March 8, carrying 227 passengers and 12 crew. The last contact with it came less than an hour after take-off.

Much attention is now focused on the seas 1,400 miles off Perth, where there have been a number of reports of floating debris. Australia’s prime minister says there is now ‘hope’, but no more than that, that we may be on the verge of finding out what happened to the aircraft.

The Malaysian authorities believe MH370 was taken deliberately off course, for reasons unknown, and there is now speculation that the flight crew may have passed out through lack of oxygen.

Posted by John Withington at 18:24 No comments: 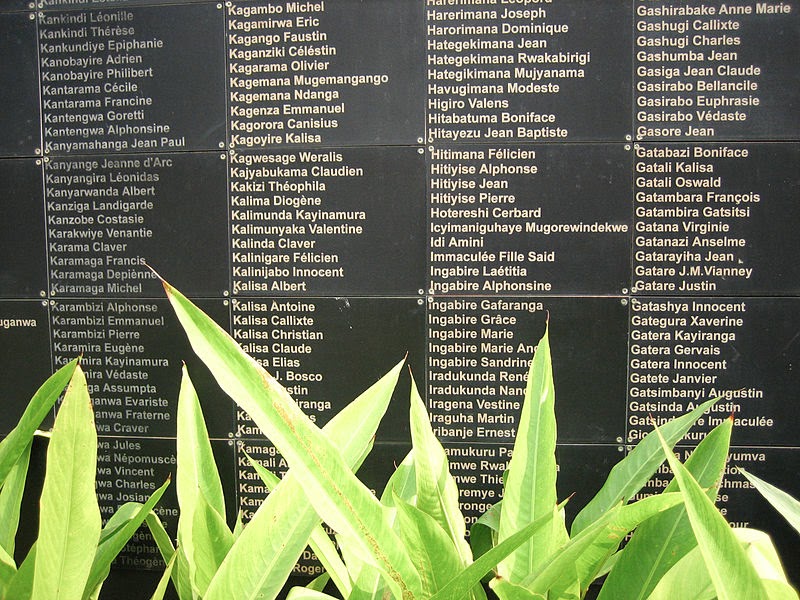 For the first time, a French court has handed down a prison sentence for involvement in the Rwanda genocide of 1994. Former spy chief Pascal Simbikangwa, aged 54, has been sent to gaol for 25 years.

He was found guilty of being involved in genocide and crimes against humanity. Simbikangwa, who was paralysed in a car crash, was arrested in 2008 while living under an alias on the French Indian Ocean island of Mayotte.

The convicted man, who rose to be third in command of Rwanda's intelligence services, was accused of supplying arms and issuing instructions to Hutu militia who were manning road blocks and killing Tutsi men, women and children as well as moderate Hutus. At least 800,000 people perished in just 100 days.

Rwanda’s current government has long accused France of helping in the genocide. (It was an ally of the Rwandan regime at the time.) But now the French are investigating another two dozen cases linked to the genocide.
Posted by John Withington at 17:29 No comments:

Today sees the third anniversary of the Japanese tsunami of 2011 which killed at least 15,880 people. More than 2,600 remain unaccounted for, while 267,000 are still living in temporary accommodation.

The 9.0 magnitude earthquake that triggered the tsunami caused a triple meltdown at the Fukushima nuclear power plant, and medical authorities in the region are reporting a big increase in thyroid cancer in children and young adults.

The number of suspected or confirmed cases among those under 18 at the time of the disaster has reached 75, compared with 59 at the end of September. There is disagreement over whether the increase is a result of the accident or just of more widespread screening.

Today also sees the 10th anniversary of the Madrid train bombings of 2004. Ten explosions ripped through 4 commuter trains, killing 191 people, and injuring another 1,800. Seven of the alleged plotters blew themselves up in a flat surrounded by police three weeks later, though arguments continue about who was responsible for the attack.

* A sneak preview of my book Flood: Nature and Culture on youtube http://www.youtube.com/watch?v=UkC-V685Bms
Posted by John Withington at 15:54 No comments: 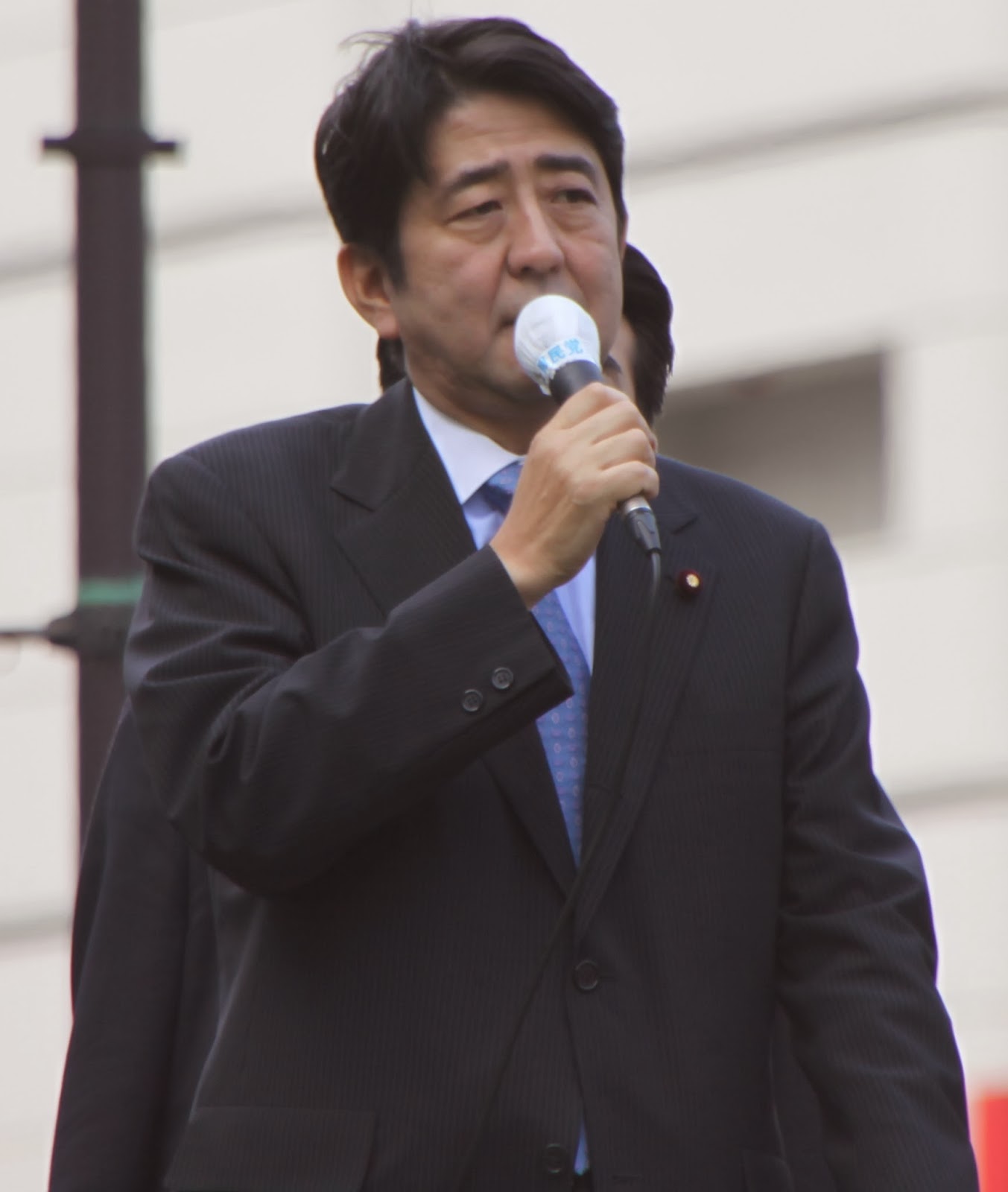 Japan’s prime minister, Shinzo Abe (pictured), made an interesting appointment as a governor of the country’s NHK broadcasting organisation. Naoki Hyakuta has declared that Japan’s massacre of up to 350,000 civilians in the Chinese city of Nanking in 1937 never happened.


Ghosts are walking in Indonesia too. The Act of Killing, a film about the mass slaughter that accompanied the birth of President Suharto’s dictatorship in the mid-1960’s, has won a BAFTA award for best documentary. Perhaps half a million people were killed by death squads.

In 2012, the country’s human rights commission urged President Yudhoyono to make a formal apology, and called for the killers to be prosecuted. But the president, a former general, is the son-in-law of the then head of the army’s special forces, who was deeply implicated in the massacre, and the report has been largely ignored.
Posted by John Withington at 18:45 No comments:

Pakistan and Nigeria - Islamists against health and education 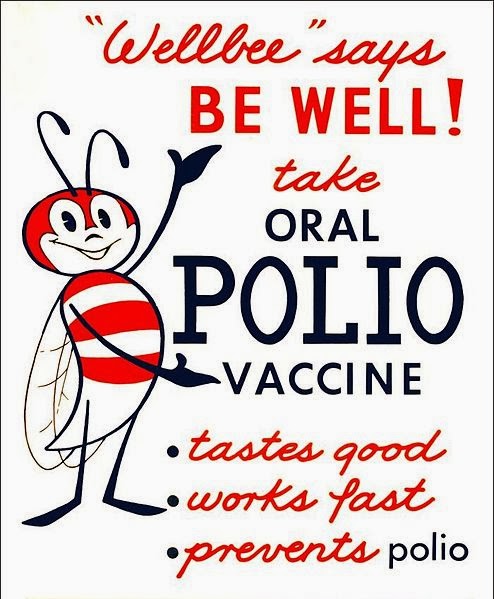 Another deadly attack on health workers trying to fight polio in Pakistan (see also my blog of Feb 24). At least 11 people were killed by a roadside bomb in Khyber Pakhtunkhwa province near the Afghan border.

No group has claimed responsibility, but the Taliban oppose polio vaccination, which is claimed to be part of a Western plot to sterilise Muslims. Pakistan is now one of only 3 countries where polio remains endemic (Afghanistan and Nigeria are the others). Indeed it is on the increase.

Meanwhile in Nigeria, the Islamist extremist group, Boko Haram, whose name apparently means ‘western education is forbidden’, have murdered 40 schoolchildren aged 11 to 18 in the town of Buni Yadi in the north-eastern state of Yobe.

A teacher said the assailants locked the victims in buildings then set fire to them. Those who managed to escape by climbing out of windows had their throats slit. Boko Haram is estimated to have murdered more than 300 civilians during the past month.

* Article on my new book Flood: Nature and Culture from the Camden New Journal - http://www.camdenreview.com/reviews/books/flood-nature-and-culture-by-john-withington

Posted by John Withington at 09:42 No comments: