5 things we have learned from Gaza 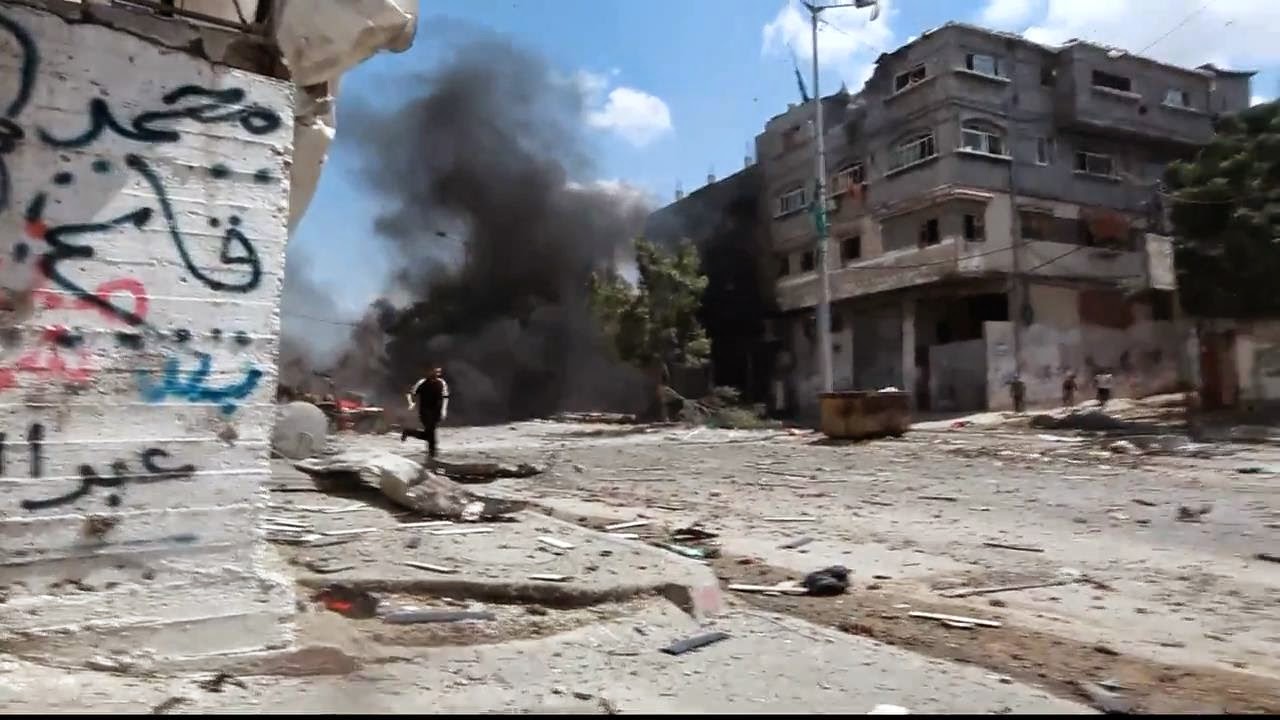 1. Western governments do not seem to understand the word ‘terrorism’. Israel has killed more than 1,000 Palestinians – the vast majority of them women, children and other civilians. Hamas has killed 46 Israelis – almost all of them soldiers, and yet for Western governments, it is Hamas who are the ‘terrorists’.

2. The US, and its allies such as the UK, have squandered any influence they had in the region by their relentless, unquestioning support for Israel. Now the Palestinians take no notice of them because they are simply part of the enemy keeping them in servitude, and the Israelis take no notice because they know however badly they behave, the West will do nothing.

3. Understandably, would-be peacemakers are focused on just stopping the fighting. And, heaven knows that would be nice, but if the causes are not addressed – Israel’s blockade of Gaza, its illegal occupation of the West Bank and its constant theft of Palestinian land – then any ceasefire will just be an interval and war will soon be resumed.

4. The Israelis are not interested in any such settlement, particularly with American dollars and weapons pouring in. ‘Mowing the lawn’ (that’s what Israel calls its regular attacks on Gaza) is very popular.  After all, it allows Israel to steal a bit more Palestinian land every day, extending its empire and making the prospect of a Palestinian state a little more impossible every day.

5. However attractive it may appear in the short term, this does not represent a viable long-term strategy for Israel.  It is making the neighbours who surround it hate it more and more, while its cruel oppression of another people is corroding its own sense of right and wrong, and increasingly infecting its politics with racism and extremism. The window of opportunity for Israel to make an equitable, peaceful settlement with the Palestinians may be shorter than it realises. When empires collapse, it often happens surprisingly quickly.

Euripides warned: ‘The strong should not abuse their strength, nor the fortunate think Chance will bless them forever.' Israel needs to take note today. Tomorrow may be too late.

www.haaretz.com shows some people in Israel are thinking about these issues.
Posted by John Withington at 18:53 No comments:

Gaza - a new way of seeing 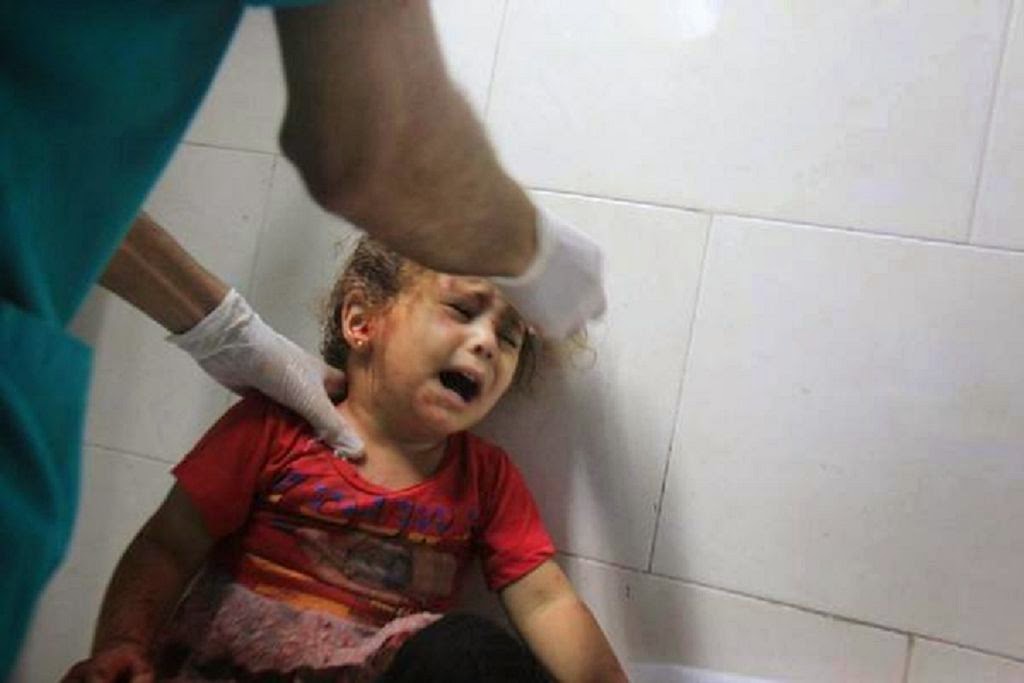 The death toll so far – more than 600 Palestinians killed – most of them women, children and civilian men. 29 Israelis killed, almost all of them soldiers. And yet the UK and US governments keep telling us Hamas are the terrorists.

Whenever Israel’s apologists, like John Kerry or some chap called Hammond, who says he’s now the UK’s Foreign Secretary, are asked to condemn Israel’s slaughter of civilians they always fall back on the mantra that ‘Israel has the right to defend itself.’ But let’s imagine the boot was on the other foot.

Suppose it was the Israelis who had been expelled by terrorists from their country, and then blockaded in a giant prison camp or turned into a subject people whose menfolk could be rounded up and taken away by the occupying Palestinians whenever they felt like it, and who had a little more of their land stolen every day.

Suppose it was the Israelis who had been strung along for decades in a ‘peace process’ which was supposed to free them but never got anywhere. And suppose that every now and then they got fed up, and tried to resist, and that then the Palestinians slaughtered them by the houseful.

Would we hear Kerry and Hammond banging on about the Palestinians’ ‘right to defend themselves’? As one of the more intelligent Israeli newspapers put it: ‘The Palestinians are expelled from their homeland and later attacked in the refugee camps to which they fled, and the Jews boast of being more moral.’
Posted by John Withington at 17:01 No comments:

Civilian airliners shot down by the military 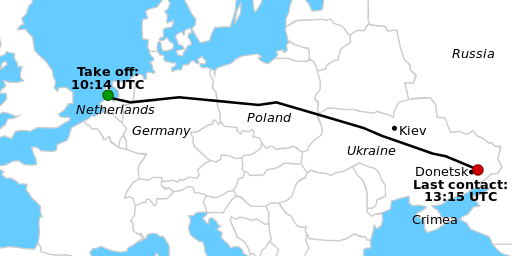 From their frantic attempts to conceal and remove evidence from the crash site, it now seems clear that it was pro-Russian separatists in eastern Ukraine who shot down Malaysian Airlines Flight 17, killing all 298 people aboard the Boeing 777. What is not yet clear is how deep was the involvement of President Putin of Russia.

In 1983, a Korean Air Lines Boeing 747 en route from Alaska to Seoul in south Korea was shot down by a Soviet fighter close to Sakhalin Island. All 269 people on board died. The aircraft had been passing through forbidden Soviet air space around the time of a US reconnaissance mission.

At first the Soviet Union denied shooting down the aircraft, then later admitted it, claiming the jumbo was on a spying mission. It took many years and the collapse of the Soviet regime before the flight data recorders were released.

In 1988, a US warship shot down an Iran Air Airbus A-300 over the Straits of Hormuz, killing all 290 people on board, in the apparent belief that it was an Iranian warplane. The US denied responsibility for the act, but in 1996, it paid more than $130m in compensation after Iran took a case to the International Court of Justice.

Posted by John Withington at 11:37 No comments: 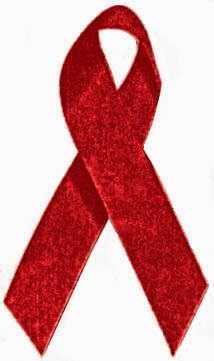 One of the most worrying and depressing features of the AIDS virus is that it appears to leave its victims infected, and able to infect others, for life. So there was great excitement back in March when it appeared that a little American girl, born with the virus, had been cured by retroviral drugs.

These medicines are able to keep the virus in check, but it had always seemed that once treatment stopped, the disease would advance again. Then along came the ‘Mississippi baby’ who was treated within a few hours of birth, with apparently dramatic results.

The shattering of these hopes with the reappearance of the virus in the four year old has been "obviously disappointing" in the words of Dr Anthony Fauci, director of the USA’s National Institute of Allergy and Infectious Diseases.

The world has made progress on reducing the number of people newly infected with AIDS. In 2012, the figure was 2.3 million, down by a third since 2001, but that still leaves more than 35 million people across the world living with the disease.
Posted by John Withington at 12:05 No comments: 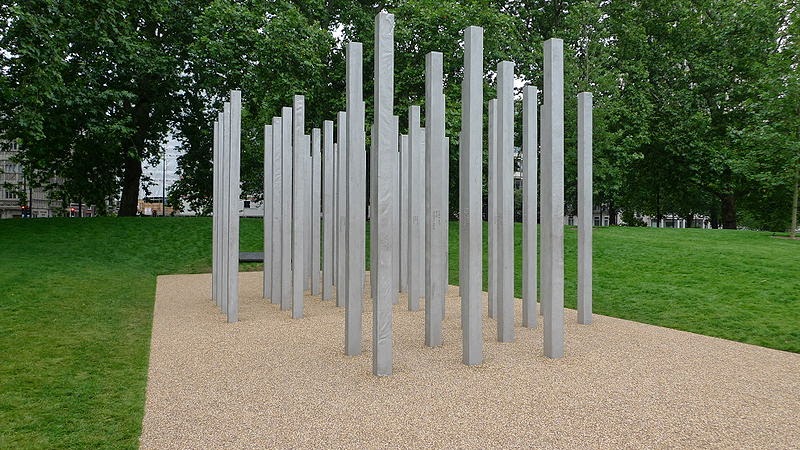 While mourners and survivors prepared to mark today’s ninth anniversary of the London bus and tube bombings of 2005, vandals sprayed the 52 steel columns which commemorate the victims of the attack with slogans such as ‘4 innocent Muslims.’

Royal Parks staff cleaned off the graffiti before the event began. There is one column for each of the 52 who were killed by four Islamist suicide bombers a day after London won the contest to host the Olympic Games of 2012.

The then mayor of London, Ken Livingstone, described it as an attack on ordinary Londoners – ‘black and white, Muslim and Christian, Hindu and Jew, young and old’. And the names of the victims reinforced his message – Adams, Ciaccia, Gunoral, Ikeagwu, Islam, Rosenberg etc.

The radical imam, Anwar al-Awlaki, who was said to have inspired the bombers was killed by a US drone in Yemen in 2011.
Posted by John Withington at 18:06 No comments:

More refugees than ever

This week 45 African men suffocated in the hold of a ship as they tried to get themselves smuggled into Italy. It is said they had begged to be released but that they were kept below in case the vessel capsized. Another 70 boat people were lost in the Mediterranean in a separate incident.

Over last weekend, patrol boats picked up 5,000 migrants, following a reversal in Italian policy. Until 2011, the country had tried to block them, sending those it caught back to Africa, but after 360 drowned off Lampedusa last year, it has started search-and-rescue missions.

Since then, the number of arrivals has ballooned to 65,000, compared with 8,000 in the first half of last year, while Greece has seen the number of illegal migrants more than double. Earlier this week, Italian police arrested five Eritreans they said were running a people-smuggling operation.

Across the world, 2013 saw 6 million people driven from their homes by violence and conflict, taking the global total for refugees to more than 50 million. The war in Syria has displaced 9 million people – nearly half the population.
Posted by John Withington at 18:03 No comments: