Sarajevo 1914 - a bizarre chapter of accidents 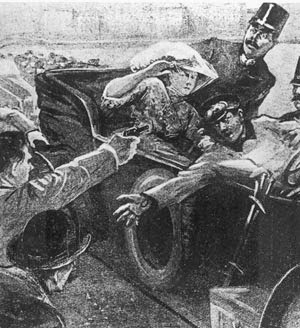 100 years ago today, the Archduke Franz Ferdinand, heir to the Austro-Hungarian empire, went to one of its outposts, Sarajevo, to inspect the army. He had married his wife, a mere countess, in the teeth of opposition from his family, and she was banned from sitting at his side on ceremonial occasions – except when he was acting in his capacity as a field marshal of the army.

So on June 28, 1914, she rode with him in his open top car as a group of Bosnian nationalists lay in wait. One of them threw a grenade, but it hit the car behind. The Archduke insisted on going to the hospital to visit the injured, but no one told the drivers of the motorcade.

In the confusion that resulted, they found themselves having to back up into a narrow street where they came to a stop outside a café. Sitting inside was 19 year old Gavrilo Princip, one of the conspirators, who had gone there after the apparent failure of their plot. He crossed the street and shot Franz Ferdinand and his wife, who both died.

37 days later the first World War began, a conflict that cost the lives of perhaps 10 million military personnel and 7 million civilians. Nobody much wanted the archduke’s assassination to lead to a world war, but a series of bad decisions by politicians brought precisely that outcome. Princip was sentenced to 20 years in prison. In harsh conditions, he died of tuberculosis six months before Armistice Day.
Posted by John Withington at 11:53 No comments:

Don't forget the kidnapped girls - or Boko Haram's other victims 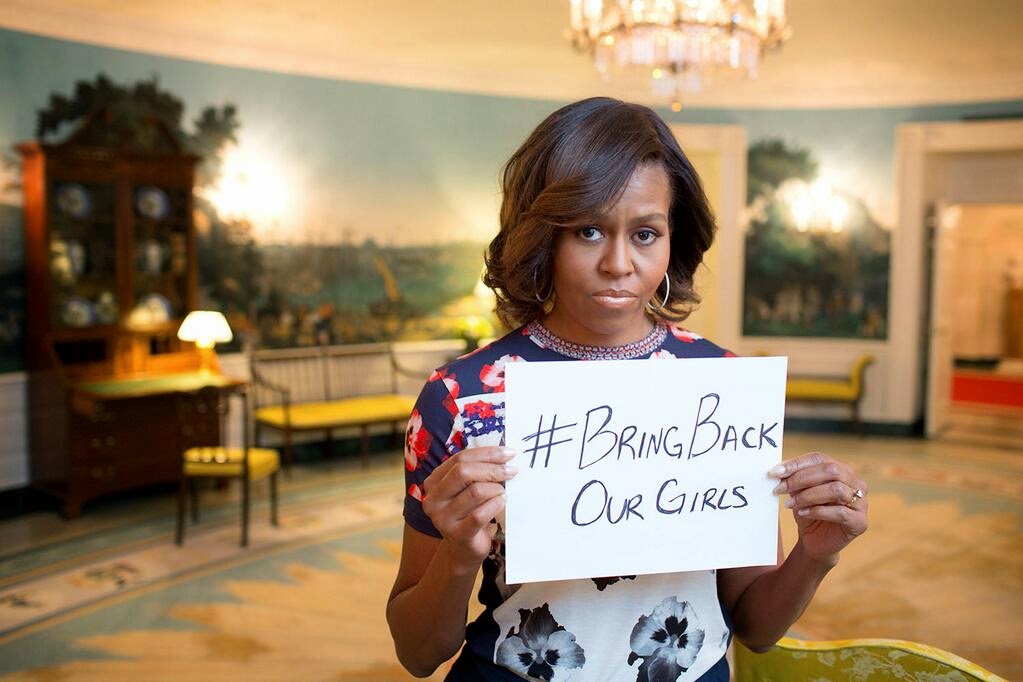 In spite of the energetic worldwide ‘Bring Back our Girls’ campaign, the Nigerian Islamist terrorist group, Boko Haram, continues to hold the 200 schoolgirls it kidnapped in April.

And the group, whose name means ‘Western Education is forbidden’, mounted further attacks over the weekend in the country’s north-eastern state of Borno. They rolled into two villages is suv’s and spent six hours burning houses and gunning down everyone they could find. Dozens of people were killed.

Apparently they told villagers they had come to preach to them, and then when they had gathered a crowd, they opened fire. Witnesses said that on this occasion, Nigerian armed forces – often criticised for their inaction – did try to launch a counter-attack, killing a number of Boko Haram fighters.

It is just the latest in a series of attacks by the group in the region that have seen hundreds of people killed in the last few months. 45 died in Borno’s capital, Maiduguri, at the beginning of this month, but Boko Haram have also struck in Nigeria’s capital city, Abjua.
Posted by John Withington at 09:56 No comments: 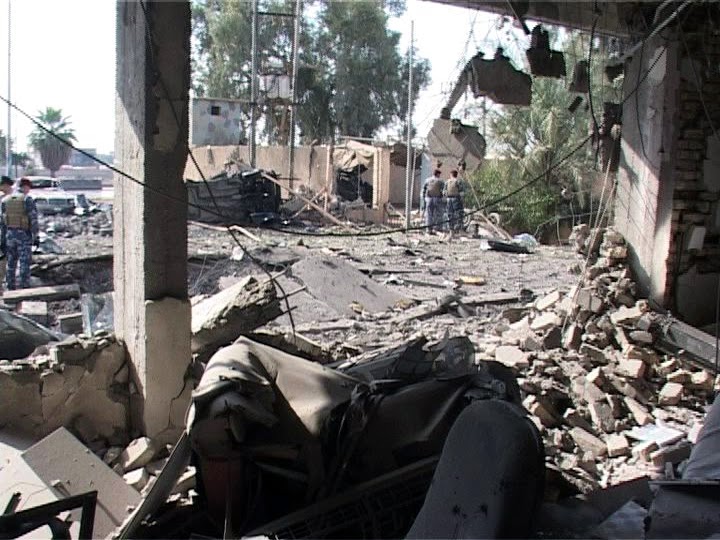 ‘Put a sock in it!’ That was London Mayor Boris Johnson’s advice to Tony Blair after his latest attempt to justify the invasion of Iraq in 2003. Mr Johnson, who voted for the war, declared that Mr Blair ‘has finally gone mad’.

You can see why the mayor might take this view. Bush and Blair attacked the country as part of the ‘war on terror’. When they launched their invasion, there was plenty wrong with Iraq, but there was no terrorism to speak of. Now Prime Minister David Cameron rates the ISIS Islamic extremists of Iraq and Syria as the biggest terrorist danger to the UK.

One of the reasons why so many people in the UK opposed invading Iraq was that it would put us at risk of events like the 7.7 bombings of 2005. Now, what do you know? Mr Cameron is warning us that ISIS is planning attacks in the UK.

It is, of course, the Iraqi people themselves who are the main victims of terrorism, and I have blogged frequently about their suffering. Last month nearly 800 people were killed, and already this month, hundreds more have died.
Posted by John Withington at 17:38 No comments: 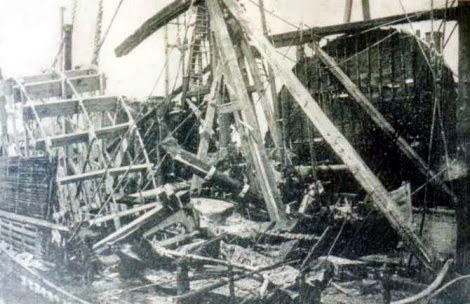 ‘Heart-rending scenes. Men trampling down women and children. Most brutal thing.’ Thus did James Joyce’s great novel, Ulysses, describe the wreck of the General Slocum which happened on this day 110 years ago.

The steamer happened to meet disaster the day before ‘Bloomsday’ – June 16, 1904, on which all the action of the novel takes place, so the characters read about it in the newspaper. The ship had chugged up New York’s East River carrying parents and children on an outing organised by a German Lutheran church.

A bale of straw on board caught fire, and the crew of 22 were unable to put it out, partly because their rotten fire hoses burst. As the flames were fanned by the ship’s motion, the crew attempted to launch lifeboats, but these were tied down and the life jackets were no good either.

By the time the ship beached at North Brother Island she was burning from end to end, and many of her passengers had drowned as they had tried to escape by jumping into the waters. Altogether, 1,021 people perished, making it the city’s worst disaster apart from 9/11. For the full story, see A Disastrous History of the World.
Posted by John Withington at 15:24 No comments:

Current Ebola outbreak among worst ever 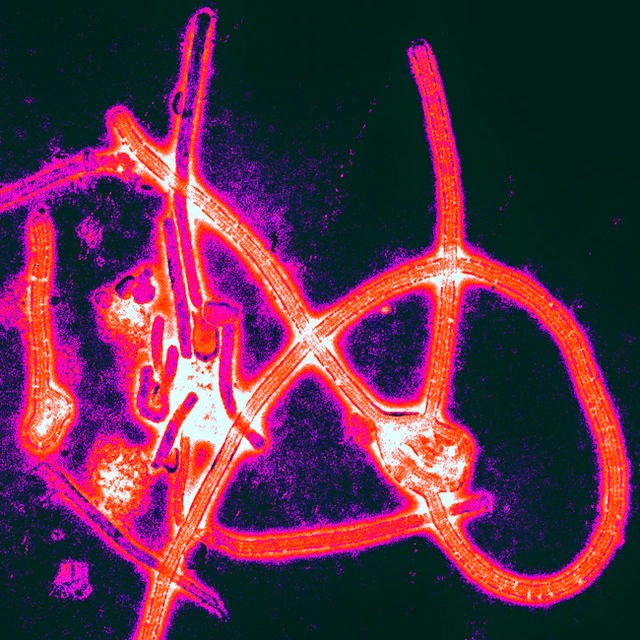 The current outbreak of Ebola in Guinea in West Africa is now perhaps the fourth deadliest ever. The World Health Organisation says it has so far registered 328 confirmed or suspected cases in the country, and that 208 people have died.

As well as the cases in Guinea, the disease has cost 6 lives in Sierra Leone, where there are 79 known or confirmed cases, and there are also fears that Ebola has reappeared in Liberia, which suffered 9 deaths earlier this year.

There is no vaccine and no effective treatment for the disease, which causes fever, muscle pain, and severe bleeding.  Death rates can reach 80 per cent or more.
Posted by John Withington at 18:25 No comments:

The continuing failure to find any trace of the Malaysian Airlines Boeing 777 that disappeared on March 8 will cast a shadow over the annual conference of the world’s airlines that opens today in Doha.

But as I have mentioned before, aircraft DO disappear (see my blog of April 13). On the night of June 23, 1950, in what was then America’s deadliest ever commercial airliner accident, a Northwest Orient DC-4 with 58 people on board went missing en route from New York to Seattle.

It vanished from radar screens 3,500 feet above Lake Michigan. Divers turned up some upholstery and other light debris, but the main wreckage has never been found, so pity those trying to locate flight MH370 in the vastness of the Indian Ocean.

A Varig Brazilian cargo Boeing 707 disappeared just 30 minutes after take-off from Narita airport in Tokyo on January 30, 1979. In addition to six crew, it was carrying more than a million dollars’ worth of paintings. No trace has ever been found of people, paintings or aircraft.

* The story of the Moscow football stadium disaster of 1982 from the Romanian edition of 'Disastrous History of the World' - http://www.ziartricolorul.ro/tragedii-la-fotbal/

Posted by John Withington at 11:42 No comments: