Last month I blogged about what was perhaps the deadliest factory fire in history in a clothing works in Karachi (see my post of Oct 15).  Now a fire at a clothing factory on the outskirts of Bangladesh’s capital, Dhaka, is believed to cost more than 112 lives.


The blaze started late on Saturday on the ground floor of the factory, perhaps because of an electrical fault, trapping workers on upper floors.  Some jumped to their deaths from windows.  The building was in a narrow lane, making it hard for fire crews to reach the blaze.


Thousands flocked to the factory looking for relatives who worked there.   A senior fire official said that if there had been a fire escape on the outside of the building, it might have save many lives, while the factory owner said he had never had a fire before at any of his seven premises.


Clothes account for up to 80 per cent of Bangladesh’s exports, and about two million people work in the industry.    Two years ago, another fire in a factory nearby resulted in the deaths of 25 workers.
Posted by John Withington at 18:58 No comments: 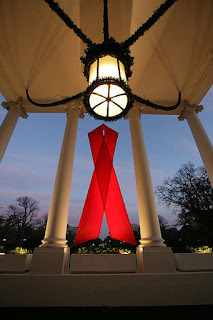 The United Nation’s latest report on the prevalence of the AIDS virus across the world shows that the number of children newly infected last year is nearly a quarter fewer than the figure for 2009, though that still means there were 330,000 new infections.


The number of new infections among adults on the other hand has remained broadly stable for the last four years at about 2.5 million.   Across the world, 34 million people are thought to have the virus.


Over recent years, the number of victims receiving drugs that can keep the virus at bay has increased substantially, but the report reckons that 7 million people who need them still do not get them.   Sub-Saharan Africa remains the part of the world that is worst hit, though some countries there have managed to reduce the number of new cases.


In contrast, the number of new infections in Russia is growing, and there have been increases in AIDS-related deaths in Eastern Europe, Central Asia, the Middle East and North Africa.  The UN has ambitious targets to reduce the spread of the virus and provide treatment for all who need it by 2015.

Posted by John Withington at 18:47 No comments: 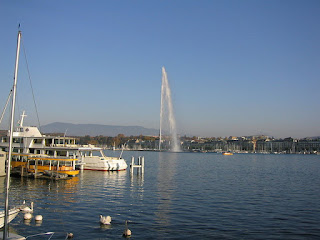 Another lake.  Another ancient disaster.  In 563, a tsunami devastated Lake Geneva.   A massive rockfall near the mouth of the Rhone at the opposite end from the city of Geneva sent a huge wave crashing from one end of the lake to the other.


Lausanne was hit by a 40 foot wave, and by the time it reached Geneva, it was still towering to 25 feet.  A contemporary chronicler wrote that the water burst over the city walls and swept away a bridge.  Along the lake, villages were destroyed, and many people perished.   The accepted explanation for the disaster is that a rockfall had created a natural dam across the river, which eventually gave way, unleashing the wave.


But scientists at the University of Geneva have offered another idea.    They suggest that sediment had accumulated at the mouth of the Rhone, forming an underwater delta with a number of deep channels.


When the rocks fell they destroyed these canyons, and this generated the tsunami.    In 1806, a landslide into another Swiss lake, Lake Lauerz, triggered a 60 foot wave which killed ten people.
Posted by John Withington at 14:43 No comments:

The disaster that nearly wiped out humanity 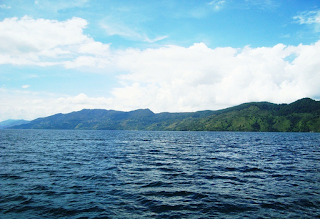 A Spanish-language blog has picked up the story of the earliest disaster featured in my book A Disastrous History of the World (Historia Mundial de los desastres).  A disaster that may have come close to wiping out the human race.   http://www.taringa.net/posts/info/15902116/La-erupcion-que-estuvo-a-punto-de-aniquilar-a-la-Humanidad.html


It was a huge volcanic eruption more than 70,000 years ago at what is now Lake Toba (pictured above) on the Indonesian island of Sumatra.   It is thought to have been one of the most powerful ever, at about 28 times the strength of the Tambora eruption of 1815, the biggest of modern times.


The eruption itself must have been deadly enough, but much worse was the volcanic winter that followed.   The ancient volcano spewed out an estimated 670 cubic miles of debris that dimmed the sun’s rays for six years.


As catastrophic global cooling resulted, the world’s estimated human population at that time of a million was reduced to perhaps just 10,000.   The eruption gouged out a vast crater which filled with water to produce picturesque Lake Toba, now a noted tourist destination.
Posted by John Withington at 19:05 No comments:

A search is still going on for any survivors in the Melcom store building in Ghana’s capital, Accra, 48 hours after it collapsed, amid reports of voices being heard from the rubble.    So far 9 bodies have been recovered, and 69 people taken out alive.


Officials from Ghana's National Disaster Management Organization have said the building had poor quality foundations, and Ghana’s president, John Dramani Mahama, has said anyone found to have been negligent ‘will pay a price’.


A property developer who had been wanted for questioning has given himself up, declaring: ‘There is no way I will put up a building and do shoddy work.’  The president has declared the site a disaster zone and suspended his campaign for next month's elections.


Perhaps the deadliest store collapse in history happened at the Sampoong department store in Seoul, South Korea, in 1995.   Cracks had been appearing in the structure for weeks before it crashed down, causing the deaths of more than 500 people.

Posted by John Withington at 18:40 No comments: 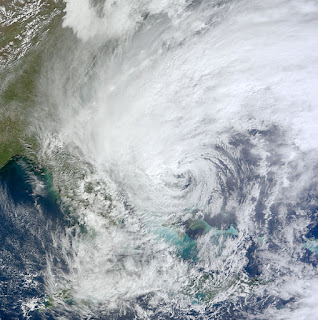 New York City is still facing major disruption from ‘superstorm’ Sandy.   Up to 40,000 people have been driven from their homes, public transport is still severely disrupted, and 130,000 residents are still without electricity.


Across New York State, there are another 600,000 without power, as well as nearly a million in New Jersey.    The storm is thought to have caused 106 deaths in the USA, including 40 in New York City, and another 69 in the Caribbean.


At 900 miles wide, Sandy was the largest storm ever seen in the Atlantic.   It hit the Big Apple with a record 14 foot tidal surge, shutting down the subway system, and closing nearly all the road tunnels and bridges, virtually isolating Manhattan.    The National Guard had to be called out to deliver emergency supplies.


Only last year, a report from the New York State Energy Research and Development Corporation had delivered a warning of how devastating a major storm combined with a tidal surge could be for the City.
Posted by John Withington at 11:26 No comments: