Another talk on 'Flood' 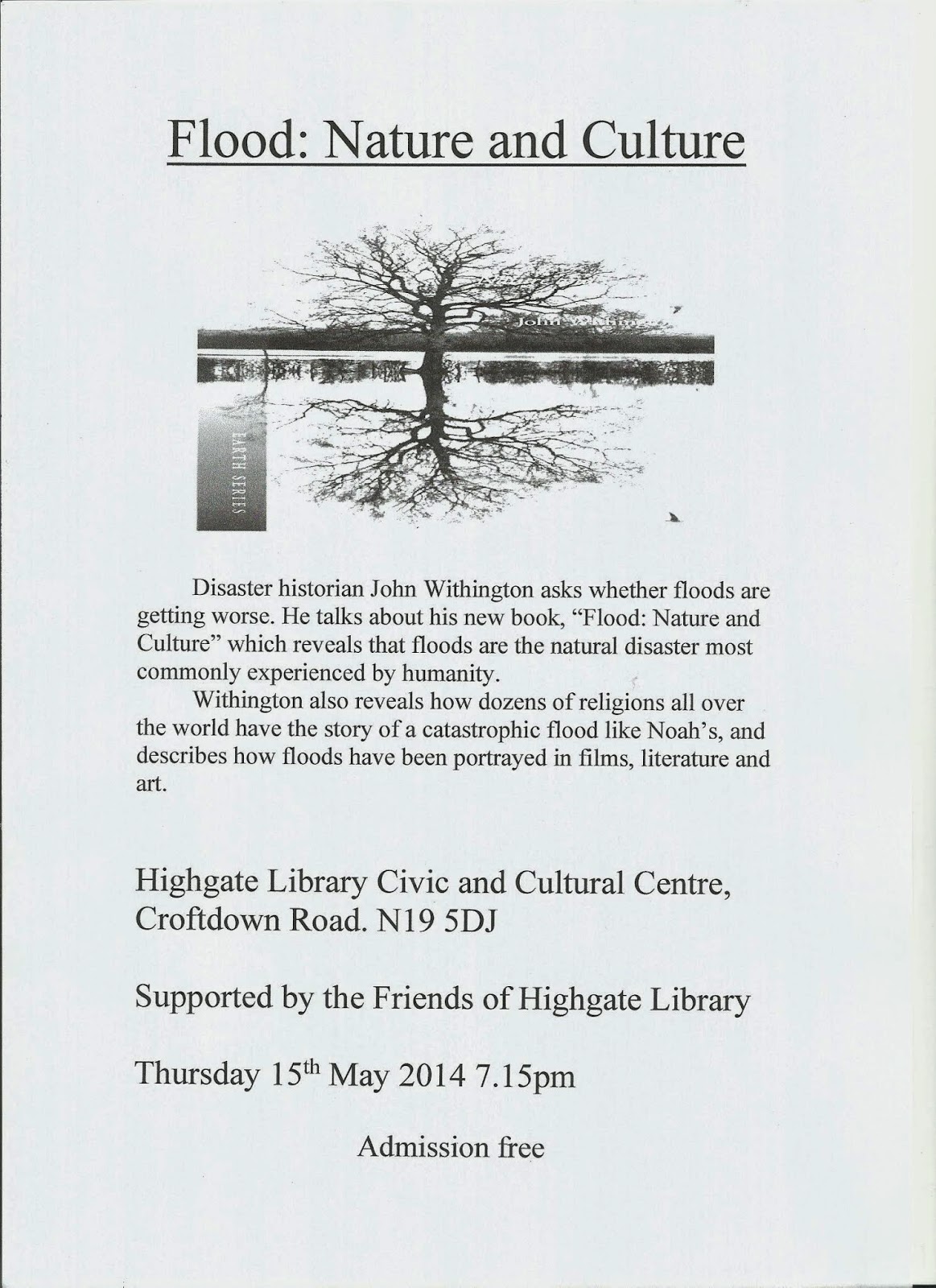 Posted by John Withington at 18:55 No comments:

Talk on 'Flood: Nature and Culture' 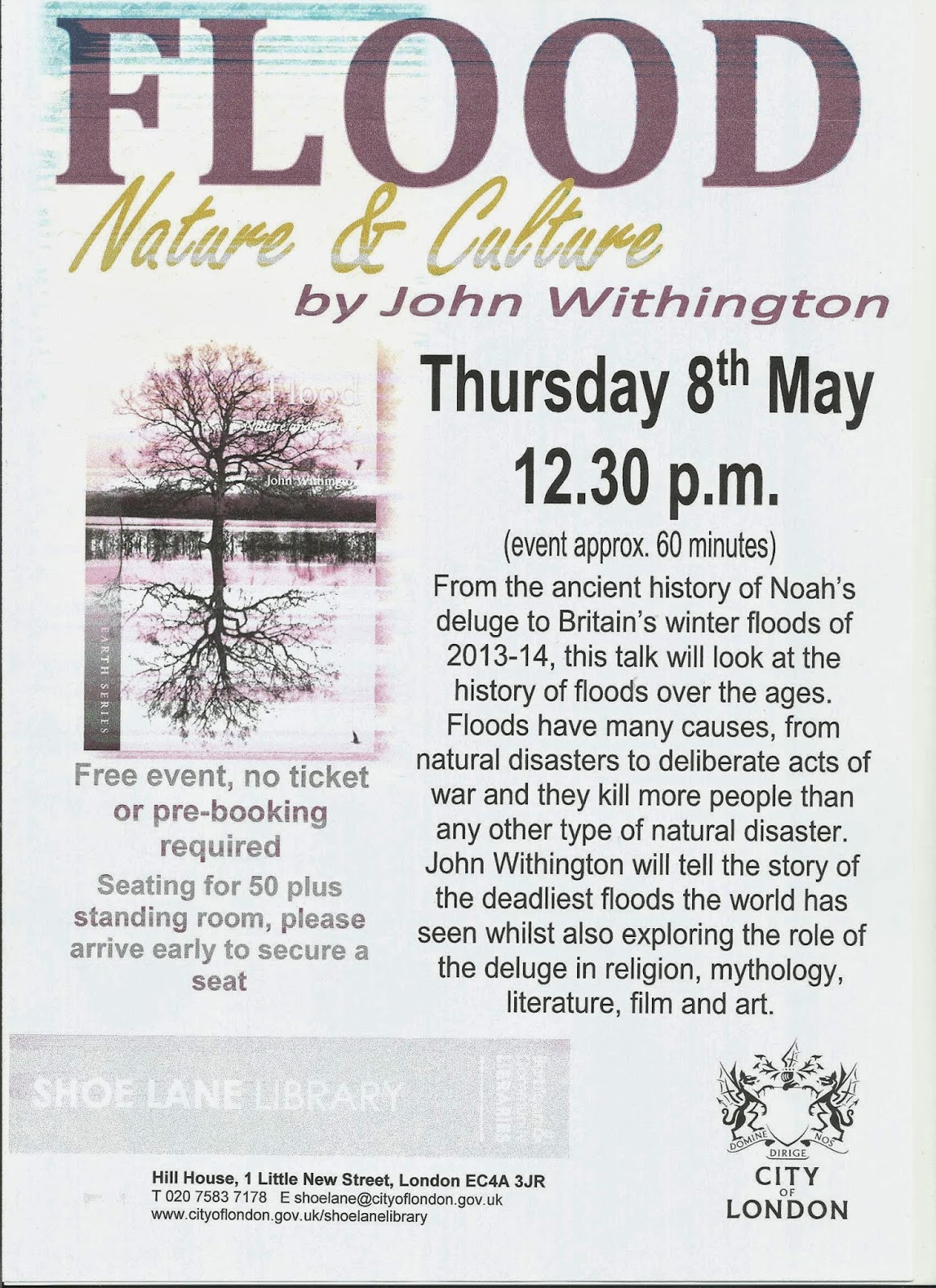 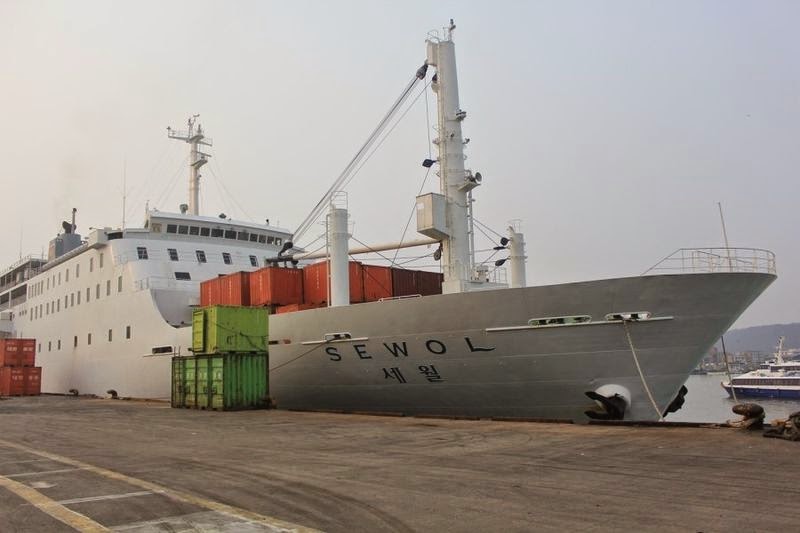 The agony goes on for those with loved ones aboard the South Korean ferry, Sewol, that capsized off the island of Jindo three days ago. About 200 ships, 34 aircraft and 600 divers have been taking part in the search operation, but conditions are difficult, and so far only 26 bodies have been recovered.

The official death toll is still only 58, but another 244 people are missing, and it will be regarded as a miracle if any are found alive. 174 are known to have survived. About 350 of those on board were from a school in Seoul and were on their way to the holiday island of Jeju.

The 69 year old captain and two other crew members have been arrested, including the third mate, Park Hyun-kul, who he had left in charge of the ship. She has been at sea for just one year, and has never before navigated the complex cluster of islands where the ship went down.

Coastguards have pointed to a sharp turn that she made as the cause of the disaster. The captain has also been heavily criticised for delaying an evacuation of the ship.

The deadliest peace time maritime disaster ever came just before Christmas 1987 when the Philippines ferry, Dona Paz, collided with a tanker, caught fire and sank. Up to 4,375 people perished.
Posted by John Withington at 15:23 No comments:

Flood: Nature and Culture - Another review

Here's a review of my book from the Eastern Daily Press - 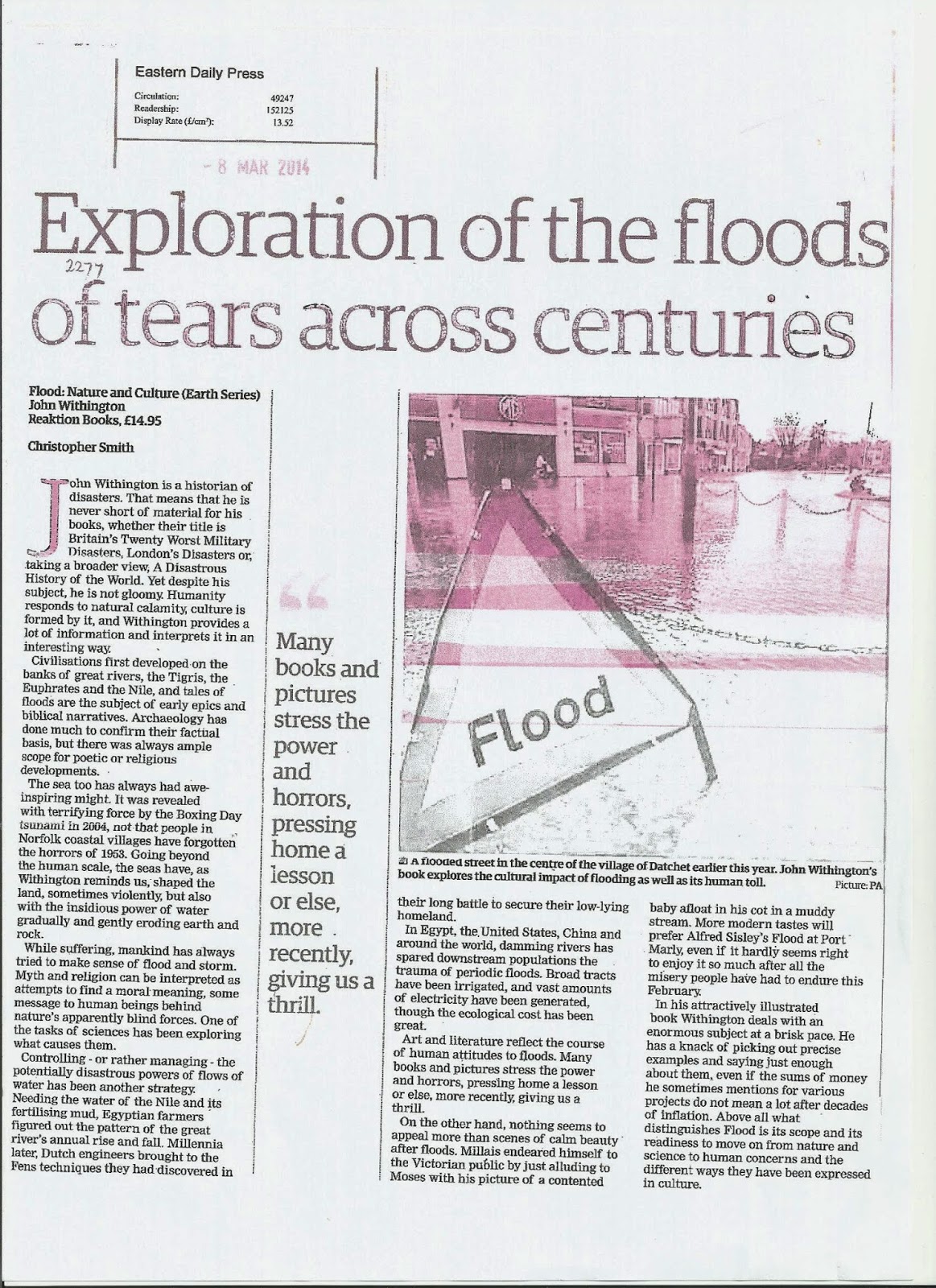 Posted by John Withington at 15:29 No comments: 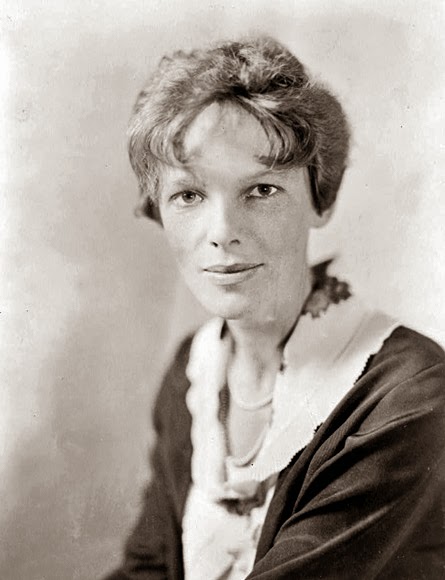 The hunt for the missing Malaysia Airlines 777 goes on, and on, but, of course, it is not the only aircraft to have vanished without trace. Perhaps the most famous was the Lockheed Electra being flown by Amelia Earhart (pictured) in her attempt to become the first woman to fly around the world in 1937. A voice message from Earhart and her navigator near Howland Island in the mid-Pacific was the last thing ever heard from the flight.

Much bigger aircraft have also disappeared. In 2003, a Boeing 727, being leased by TAAG Angola Airlines, took off from Luanda with its tracking transponder switched off. The aircraft had been idle for 14 months and had racked up millions of dollars in airport fees. No trace of it or the one person known to be on board has ever been found.

In 1962, a Flying Tiger Line Lockheed Super Constellation chartered by the US military disappeared over the western Pacific. It had departed from Travis Air Force Base, California, carrying 93 American soldiers to fight the Viet Cong, 3 South Vietnamese military personnel and 11 crew. The pilot’s last message gave the aircraft’s position as 280 miles west of Guam.

A tanker in the area reported seeing what looked like an aircraft exploding, but one of the biggest air and sea searches in the history of the Pacific found nothing. Another Super Constellation from Travis Air Base carrying secret military cargo crashed the same day in the Aleutian Islands, leading to strong suspicions that both were sabotaged.
Posted by John Withington at 11:05 No comments:

On the page below are two (identical) reviews of my book, Flood: Nature and Culture from the Independent.  To find them, you just need good eyes and to be able to stand on your head. 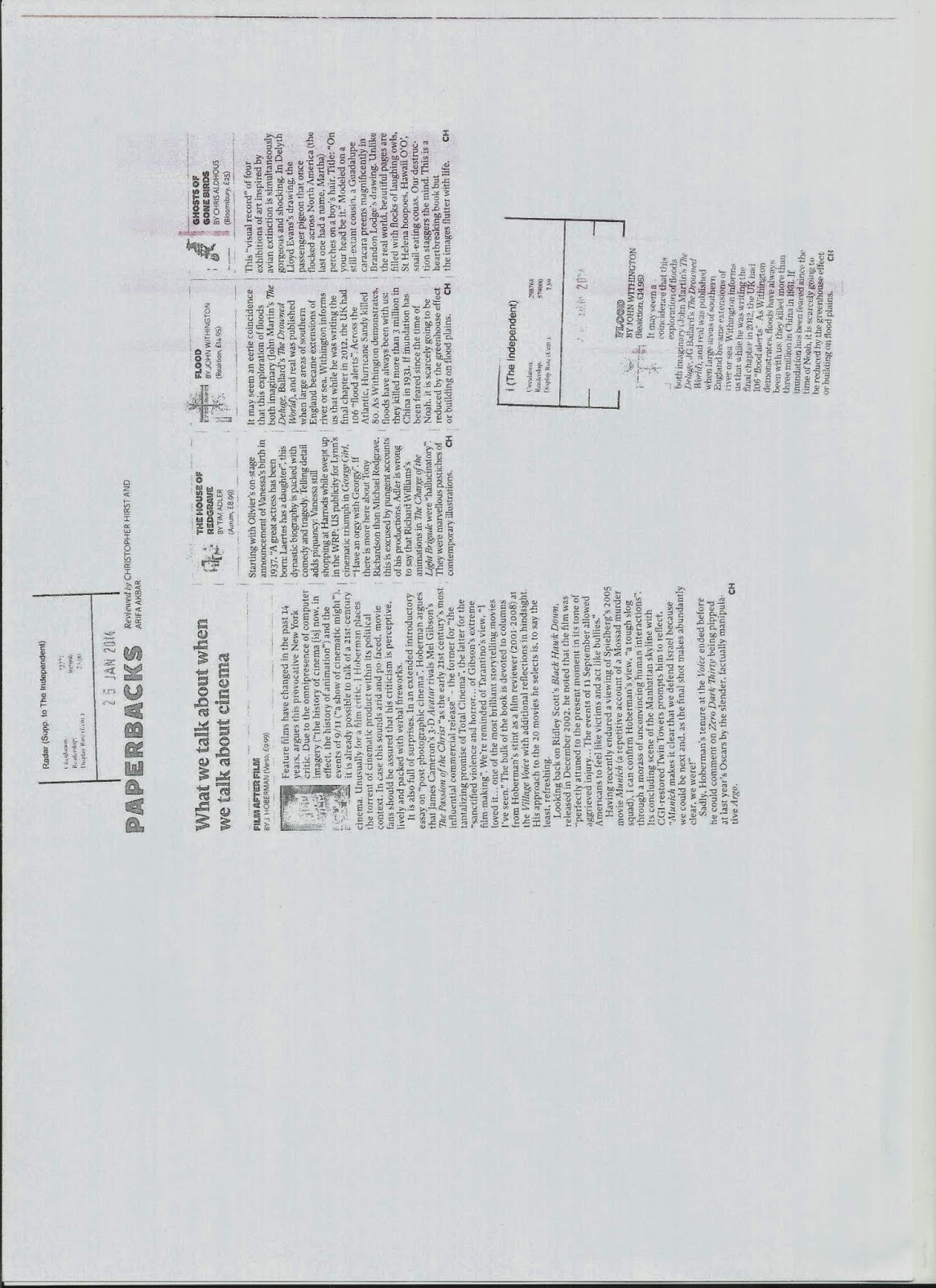 Posted by John Withington at 12:06 No comments: 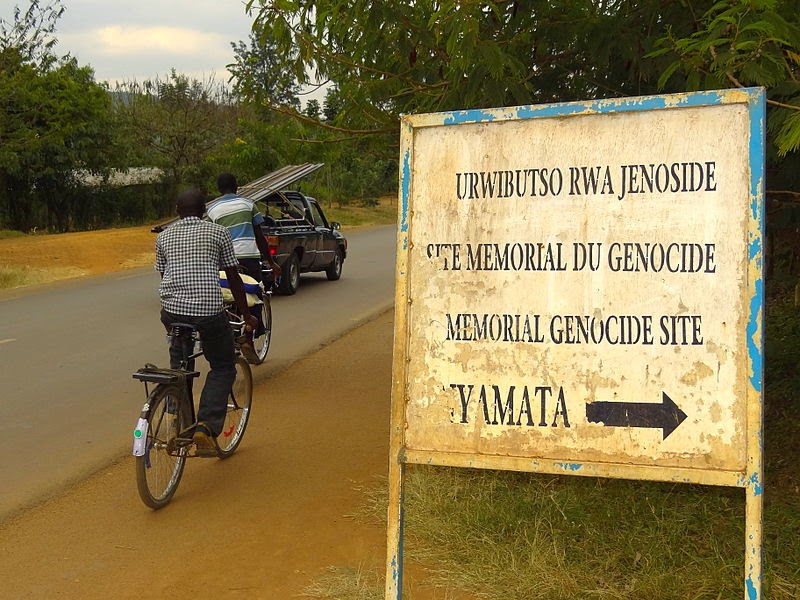 This week Rwanda has been marking the 20th anniversary of the genocide of 1994, in which 800,000 people were murdered in just 100 days – the fastest mass murder in history.

While the Nazis favoured industrial methods of extermination, this one was carried out with low-tech weapons, notably the machete, though some victims were allowed to be shot instead, if they paid. The murderers were Hutu supremacists; their victims Tutsis and sometimes moderate Hutus.

A United Nations international tribunal based in Tanzania has tried more than 70 people in connection with the events of 1994. So far, 29 have been convicted. Another 11 trials are in progress, and 14 people are in detention awaiting trial, while 13 suspects are still at large.

Although last month, a French court sent Rwanda’s former spy chief to gaol for 25 years for his part in the genocide, the Rwandan government still accuses France of complicity in the killings, and France’s Justice Minister cancelled her plans to attend the commemorations in Kigali, Rwanda’s capital. For the full story, see A Disastrous History of the World.

Posted by John Withington at 11:23 No comments: 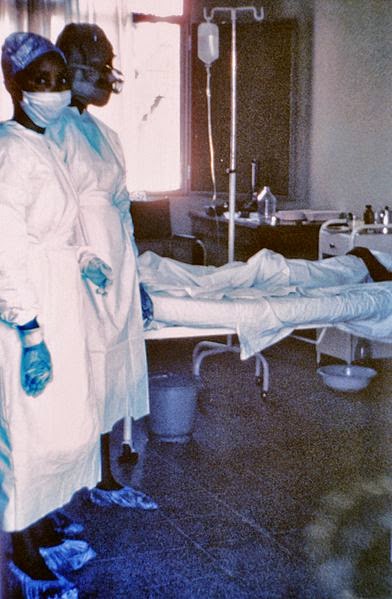 Mali is the latest West African country to go on alert against the Ebola virus, after three cases were reported close to the border with Guinea where 86 people have died. Another six people have died in Liberia, while Sierra Leone has also reported cases.

Senegal has now closed its border with Guinea, and controls are being imposed on people entering Mali’s capital, Bamako.  The virus first appeared in Guinea's remote south-eastern region of Nzerekore, where most of the deaths have happened, but it was not confirmed as Ebola for six weeks, and it has now reached the capital, Conarky.
This is the first known outbreak of the disease in Guinea. Most recent cases have appeared in Uganda and the Democratic Republic of the Congo, and a sign of the alarm it is causing is that Saudi Arabia has suspended visas for Muslim pilgrims from Guinea and Liberia.


The virus is spread easily and kills 25-90% of those it infects. Just as with AIDS when it first appeared, there is no vaccine and no cure. The deadliest outbreak so far came in Congo (then Zaire) in 1976 (pictured), when 280 people died - about 88% of those infected.

Posted by John Withington at 18:39 No comments: