Srebrenica - the battle over its history 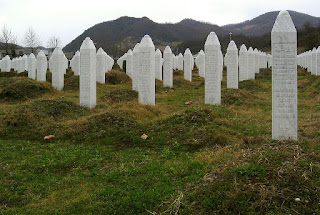 Twenty years ago this month, 8,000 Bosnian Muslims were murdered by Serb forces at Srebrenica in the worst mass murder in Europe since World War Two. It was condemned as genocide by the UN war crimes tribunal in The Hague, and also by the International Court of Justice.

But Serb leaders deny the massacre was genocide, arguing that Serb victims of the wars that followed Yugoslavia's break-up have been forgotten, and a recent UN Security Council resolution denouncing it was vetoed by Russia.

Today Bosnia is split between Serb, Bosnian and Croat run sectors. Bosnian children learn all about the massacre, while Bosnian Croat children hear little about it, and Bosnian Serb children are taught that its mastermind, Ratko Mladic, currently on trial at The Hague, was a hero.

Srebrenica has never recovered, but one bright spot in the story is the absence of inter-communal revenge killings, though worryingly last month ISIS released a video calling on Balkan Muslims to murder their non-Muslim neighbours.
Posted by John Withington at 10:43 No comments: 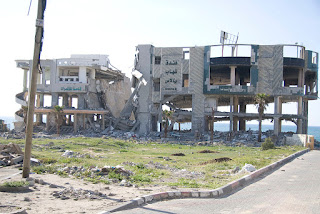 After Israel carpet-bombed Gaza last year, destroying 17,000 Palestinian homes, international donors promised $3.5 billion to rebuild it. While the Palestinians waited, their babies died of hypothermia in the plywood huts they had been reduced to living in.

A year on, the number of houses that have been rebuilt is.....0. Israel constantly obstructs the importation of the materials that are needed, in spite of vague promises that its blockade would be lifted.

Most of the help donors promised has not been delivered, but then if you know that anything you do rebuild will soon be destroyed again by the Israelis, you might start asking what is the point?

Power cuts last up to 16 hours a day. Unemployment is 43 per cent. As for the relief effort, the Palestinians say: 'People come to talk to us every month. They talk, and they leave, and nothing ever changes.'

There are now signs that ISIS is feeding on the despair, and could be making Gaza its next target. With their blind support for Israel, Western leaders like David Cameron are laying out the welcome mat.

As for Israel, it calls its periodic attacks on Gaza 'mowing the lawn', and another one is expected soon. As one Israeli newspaper put it: 'Israel is heading to the next violent eruption with the Palestinians as though it is some sort of natural disaster that can't be avoided.' 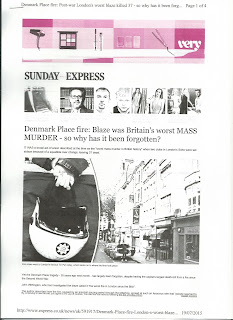 The 35th anniversary of Britain's deadliest fire since the Blitz is approaching. For a long time, it attracted remarkably little attention, but that is changing.

The fire struck two unlicensed drinking clubs in Denmark Place in London's colourful Soho area in the early hours of 16 August 1980. A disgruntled customer had poured petrol through the letter box and set fire to the building.

The flames spread with alarming speed, and there were no proper means of escape, so 37 people died. The story of the fire is in my London's Disasters, and the Express story covers some of the developments since the book was published.
Posted by John Withington at 19:55 No comments: 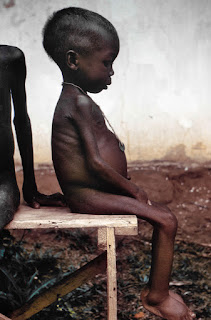 Biafra. Just the name conjures up visions of the dreadful Nigerian civil war in the late 1960s in which two million civilians died, many from starvation, as the federal government blockaded the southern province which wanted to break away.

Now the Nigerian government is trying to shut down Radio Biafra, a pirate radio station broadcasting from the region. The government says it has ‘successfully jammed’ the station, but reporters in Nigeria say it is still broadcasting.

It targets the Igbo, who still feel they are discriminated against by the northern Nigerians, transmitting phone-ins and attacks on the country’s president, Muhammadu Buhari, and other government figures.

Independence for Biafra is still being demanded by a group called the Movement for the Actualisation of a Sovereign State of Biafra (Massob), and a number of its leaders and sympathisers have been arrested.
Posted by John Withington at 17:02 2 comments:

AIDS - are we winning the war? 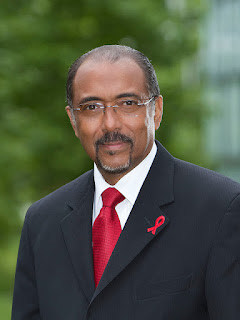 Thirty years ago, I was one of the first foreign television reporters to report on AIDS in Africa. At that time, the disease was a death sentence. There was no effective treatment. But, at a speed that surprised quite a few in the medical profession, effective drugs began to appear, and, though still dangerous, the virus ceased to look all-conquering.

Now the United Nations says life expectancy of those with the HIV virus, which causes AIDS, has grown by 20 years since 2001, thanks to a sharp increase in access to effective drugs, the price of which have fallen dramatically. In 2000, the cost per year was $14,000. Now it is just $100.

In 2000, fewer than 700,000 of those with the virus were getting effective treatment. Now the figure is 15 million. The executive director of the UN’s AIDS programme, Michel Sidibé (pictured), describes this as ‘one of the greatest achievements in the history of global health.’

Not that everything in the garden is rosy. Up to 41.4 million are now infected by the virus, the majority of them in sub-Saharan Africa. So most are not getting access to treatment, and experts warn that if we do not invest more money, deaths will start increasing again.
Posted by John Withington at 15:17 No comments:

How to avoid an economic disaster - Grexit 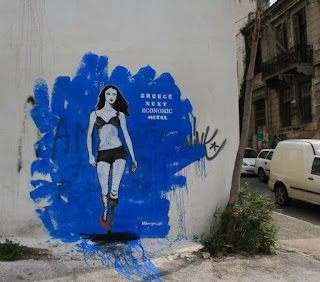 In 2010, I wrote about financial disasters – the South Sea Bubble, the bear market of 1972-4, the Great Crash of 1987, and the banking crisis that began in 2007 – for my book, London’s Disasters. Now I’m watching another – the attempt to keep Greece in the Eurozone.

Greece only got into the euro thanks to some heroic book cooking, but as long as the world economy kept growing, no one worried. A bit like the South Sea Company. It was worthless, but as long as the share price kept going up, everything was fine. But bad times reveal the truth, and the house of cards comes crashing down.

Over the last five years, more than €200 billion has been spent trying to keep Greece in the Eurozone. But you cannot make water flow uphill. Greece cannot pay its existing debts. Loading it with more debt would be crazy. Grexit will not be easy, but the alternative is worse. The sooner Greece leaves the euro, the better it will be for Greece and for the rest of Europe.

Greece cannot live with the euro rate of exchange. It desperately needs a devaluation. That cannot happen inside the euro. It is time to stop throwing good money after bad. 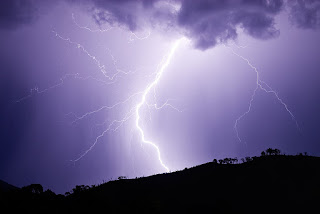 Students of lightning will tell you that far from it never striking the same place twice, it has favourite places it is always hitting. A structure such as New York’s Empire State Building, for example, might be struck 40 times in a single day.

Even so, the citizens of Medan on the Indonesian island of Sumatra must have felt themselves particularly unfortunate when a 51 year old Hercules military aircraft crashed this week, killing 9 people on the ground, as well as the 12 crew members and perhaps 109 passengers on board. There still seems to be confusion about the exact number of passengers.

It came down just two kilometres from where a Mandala Airlines Boeing 737 crashed shortly after take off in 2005, killing 100 people in the aircraft and 49 on the ground. An official investigation concluded the airliner had taken off with its flaps and slats retracted, meaning it failed to lift off properly.

The first indications from the Hercules crash are that one of its four engines failed shortly after take off. It is the latest in a series of accidents involving Indonesian military aircraft. Relatives of some of the passengers told reporters the victims had paid to be carried on the aircraft, which would be an illicit use of a military craft.
Posted by John Withington at 15:41 No comments: