Twenty-six years after the world’s worst nuclear disaster, work has begun on a huge new metal shelter to cover the Chernobyl reactor.    The structure, which is so big you could put the Statue of Liberty inside, should be finished by 2015.


After the disaster on April 26, 1986, a concrete ‘sarcophagus’ was hastily erected, but for years it has been crumbling, allowing radiation to leak out.    Once the new structure has been finished, the delicate and dangerous task of dismantling the reactor and clearing up vast amounts of radioactive waste around it can begin.


The Ukraine government has received more than £600m in donations from other countries to enable the work to proceed.    One donor, the European Bank for Reconstruction and Development, said there was no room ‘for delay, for errors or for poor performance.’


All those things were evident in the original disaster, the contamination from which, according to some estimates, has cost up to 200,000 lives and damaged the health of a further 2m people.   (See also my blogs of April 14, 2009 and March 14, 2011.)
Posted by John Withington at 13:57 No comments:

A global campaign has cut the number of deaths from measles dramatically, but they are still way above target, and every day, there are nearly 400 deaths from the illness.


The campaign had been progressing well until 2007 when a vaccination programme stalled in India, with the authorities (perhaps distracted by the effort to eliminate polio) trying to make do with giving children just one injection to protect them when two were needed.   In addition, there were major outbreaks in southern Africa.


A new combined vaccine against measles and rubella is being launched, with a new target of a further 95% drop in deaths from the 2000 level by 2015.
*I was interviewed about the Titanic the other day by BBC Somerset.   It's posted here:- http://www.youtube.com/watch?v=FoCfD2kzNm8&list=HL1335275415&feature=mh_lolz
Posted by John Withington at 14:53 No comments:

Hopes are fading for the 139 Pakistani soldiers and civilian contractors buried by an avalanche near the disputed Siachen glacier in Pakistani-administered Kashmir.    It engulfed a military camp 15,000 feet above sea level on April 7, and in some places, the snow is said to be 80 feet deep.
Hundreds of troops, as well as villagers equipped only with shovels, sniffer dogs and helicopters have been involved in the rescue effort, but it has been severely hampered by bad weather.   It was reported to be the worst avalanche in the area for 20 years.
Disputes over Kashmir have twice brought India and Pakistan to war, and the Siachen glacier has been dubbed the world’s highest battlefield.     In 2010, 24 Pakistani soldiers died there in an earlier avalanche.
During the First World War, thousands of soldiers were killed by avalanches in the Tyrol during the struggle between Italy and Austria.    On some occasions, they were started accidently by artillery explosions, but both sides also deliberately used them as a weapon.  (See also my blog of Feb 18, 2010.)
Posted by John Withington at 19:29 2 comments: 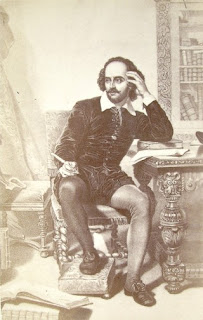 This day 432 years ago saw perhaps the deadliest earthquake Britain has ever known.    Just over a decade later, it was still significant enough to get a mention in Shakespeare’s Romeo and Juliet, with the bard noting it was 11 years ‘since the earthquake’.
On April 6, 1580, people in Kent said they heard a ‘marvellous great noise’ apparently from the Channel, followed by a ‘fierce and terrible’ shaking.    A passenger on a boat reported seeing a wave 50 feet high, and up to 30 vessels were sunk.
Parts of the White Cliffs of Dover collapsed, as did sections of the wall at Dover Castle, while there was damage to churches at Broadstairs and Sandwich.   Across the Channel, Calais, Boulogne and Lille also suffered structural damage, while at Oudenaarde in Belgium, people were killed and injured by falling chimneys and tiles.
There was also flooding at Boulogne and Calais, where a number of people drowned.   The total death toll was said to have run into hundreds.
Posted by John Withington at 15:25 No comments: 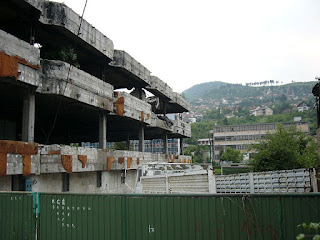 On this day…..20 years ago, the Bosnian War broke out.    A complicated conflict between Bosnians, Bosnian Serbs and Bosnian Croats left up to 329,000 people dead.
The war was scarred by massacres of civilians such as the one at Srebrenica in 1995 in which Bosnian Serb forces killed more than 8,000 Bosnians.    The United Nations described this as the worst crime on European soil since World War Two.
After Bosnian Serbs bombarded civilians in the Bosnian capital, Sarajevo, killing more than 100, NATO launched a campaign of air strikes against Serbia, which eventually brought an end to the war.
At the International Criminal Tribunal for the former Yugoslavia, 45 Serbs, 12 Croats and 4 Bosnians have been convicted of war crimes.   Most of the Bosnian Serb wartime leadership were convicted, while the former Bosnian Serb president, Radovan Karadzic and the leading general, Ratko Mladic, are currently being tried.
Posted by John Withington at 11:11 8 comments:

Members of Congress in Colombia are demanding the decriminalisation of some drugs.    The government and the USA oppose the move, but supporters say the ‘war on drugs’ has failed, and that the country has already paid a high enough price in blood.
Because drugs are illegal, millions of dollars flow into the hands of Latin American criminal gangs, providing most of their income.   Eight of the world’s 10 most violent countries are to be found in the region, and a mind-boggling 28,000 people are said to have been killed in Mexico’s ‘war on drugs’ over the last four years.
The US government has said decriminalisation was ‘worth discussing’, but that there was no possibility of the Americans dropping their opposition to it.   So what would be the point of talking to them, you might ask.
Even so, the hard-line president of Guatemala has announced his support for the policy, while former presidents of Brazil , Mexico and Colombia have declared the ‘war on drugs’ a failure.   At next month’s Summit of the Americas, Latin American leaders who want a change of approach will get a chance to put forward their arguments.
(See also my blogs of May 28, June 10 and 12, Aug 18, Sept 10, 2010, and March 8, 2011.)
Posted by John Withington at 11:24 No comments: