Migrants die of thirst in Sahara

Earlier this month, I blogged about the boat people drowned as they tried to reach Europe from Africa (http://disasterhistorian.blogspot.co.uk/2013/10/boat-people-2013.html). Now comes a story of migrants who perished trying to cross an African desert.

Rescue workers in Niger say they have found the bodies of 87 people who died of thirst in the Sahara. They may have been on their way to Europe, or going to work in Algeria, when their vehicles broke down.

It is believed they left the town of Arlit about a month ago. When their vehicles broke down, they set out on foot, and about ten managed to get back to the town to raise the alarm.

The bodies were found in searing heat about six miles from the Algerian border. At least 48 were children or teenagers. Niger is one of the world's poorest countries and suffers frequent drought and food shortages.
Posted by John Withington at 12:30 No comments: 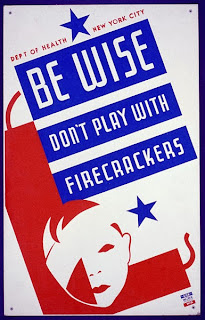 Earlier this month, more than 20 people were killed in a huge explosion at a fireworks factory in Phu Tho province, northern Vietnam.  The blast blew off roofs and blew in windows in nearby houses, and could be heard 6 miles away.

Traditionally, home-made firecrackers were used in Vietnam to celebrate weddings, but the government banned them in 1994, and decreed that fireworks manufactured in state-approved facilities should be used instead.

In 2008, about 20 people were killed in an explosion at an unlicensed fireworks factory in Istanbul, while 8 years earlier, a similar number perished in a blast in a depot at Enschede in the Netherlands, which specialised in importing Chinese fireworks for use at events like pop concerts.

Fireworks were also in great demand in London in the nineteenth century, and in 1854, a house in Westminster where a Mrs Coton made them, blew up, killing her husband and a boy who worked there. Mrs Coton had the house rebuilt, but four years later, it blew up again, killing five people, including, this time, Mrs Coton herself. Two years later, the government clamped down on firework manufacture.

·         Thanks to this Spanish Wikipedia entry for putting my Historia Mundial de los desastres as ‘further reading’. http://es.wikipedia.org/wiki/Desastre_natural
Posted by John Withington at 14:50 No comments:

At least 115 people are now known to have died in a stampede at a Hindu religious festival in the central Indian state of Madhya Pradesh. Panic broke out on a bridge near the Ratangarh temple, perhaps because of a rumour that it was about to collapse.


Most of the dead were women and children, some crushed, other who jumped into the river below. Hundreds of thousands had gathered for the festival of Navratra. The narrow bridge, which is about 550 yards long, had only recently been rebuilt following another stampede in 2006 that killed more than 50 people.


Stampedes often happen at Indian religious festivals. In 2008, more than 220 people were killed at the Chamunda Devi Hindu temple, while in 2011 more than 100 died in the southern state of Kerala.


The Muslim Hajj to Mecca has also seen a number of fatal crushes. In 1990, more than 1,400 died in a fearsomely hot tunnel after a few people had fallen. Four years later, at least 270 pilgrims died in another stampede, while in 2001, 244 people were killed at the traditional ceremony where stones are thrown at the devil, and 345 more perished at the same event in 2006.

An 83 year old Bangladeshi politician has been sentenced to life imprisonment for his part in the country’s bloody independence struggle in 1971, which cost up to 3 million lives. A special war crimes tribunal had found him guilty of involvement in the deaths of 372 Hindus.

Abdul Alim, of the Bangladesh National Party, was convicted on nine charges. Last week the tribunal sentenced another senior BNP figure, Salahuddin Quader Chowdhury, to death for crimes against humanity.

Alim was spared the death penalty because of his poor health. Prosecutors say he headed part of a militia fighting on the side of the Pakistan government that was trying to stop Bangladesh, then East Pakistan, breaking away.

Six current and former leaders of the main Islamic party, Jamaat-e-Islami, have  been convicted by the same tribunal. Critics say the trials failed to meet international standards, and dozens of people have died in violent protests against the verdicts.

Posted by John Withington at 11:12 No comments:

In Pakistan, a roadside bomb has killed two soldiers helping with relief work after last month’s earthquake in Balochistan. Three others were injured in the explosion near the town of Mashkay.

Up to 800 people were killed in the quake, with many more injured, and altogether 300,000 people are said to have been affected. No one has admitted carrying out the attack on the troops, but Baloch separatists have been fighting the army for years.

Rockets have been launched against army helicopters and members of the paramilitary Frontier Corps delivering relief.

The Pakistani army effectively controls large parts of the province - one of the country’s poorest - and insurgents accuse them of kidnapping and killing Baloch nationalists, charges the army denies.

More than 200 people are still missing after the boat on which they were trying to escape Eritrea and Somalia sank off the Italian island of Lampedusa. So far 155 people have been rescued and 111 bodies have been found.


The 66 foot boat began taking on water as it neared the island, then it is said that some of the passengers started a fire to try to attract attention. As the flames spread, everyone moved to one side of the vessel, causing it to capsize.


On Lampedusa, a hangar has had to be turned into a makeshift mortuary, and Italy has declared a day of national mourning. The boat’s skipper has been arrested.


*Piece from a Spanish website about my Historia Mundial de los desastres. http://www.cookingideas.es/el-pais-que-surgio-de-una-tormenta-20130809.html
Posted by John Withington at 17:15 No comments: