Brexitwatch: write to the Queen 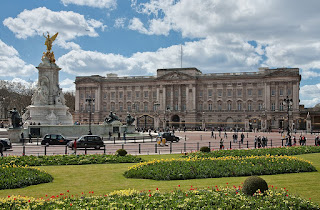 Her Majesty the Queen has, foolishly in my view, rubber-stamped Boris Johnson's request to shut down parliament for five weeks during the worst political crisis in the UK since World War Two. This is the letter I have written to her:

I write this letter with great regret. I have always been a royalist, but now you have turned me into a republican.

The reason is straightforward. The national interest of our country, and particularly the long-term interest, such as protecting our democracy, is not the same thing as what a particular prime minister or government happens to find convenient at a particular moment. So there needs to be someone in our constitution who plays the role of standing up for the national interest, when necessary, against the prime minister or government of the day.

I had always hoped that, in extremis, the monarch would take this role. However, your caving in to Boris Johnson’s request to silence parliament during the worst political crisis since World War Two makes it clear that I was wrong. So if the monarch is not prepared to defend the national interest, the UK needs someone who can and will – probably an elected president. In which case, there seems little point in having a monarch.

With great respect, I think you were foolish to accede to Mr Johnson’s request. The argument over Brexit is the most bitter and divisive I have ever seen in this country during my (rather long) life, and you have now taken sides in it. And according to the evidence of virtually all opinion polls of the last three years, you have chosen the side that is in the minority.

Why did you refuse to meet Jeremy Corbyn before agreeing to Mr Johnson’s request? I am not an admirer of Mr Corbyn, but he is the Leader of your Loyal Opposition, and deserved to be heard at this time.

Could you not have demanded time to consider Mr Johnson’s request, giving you the opportunity to consult some of the many privy councillors who were denied the chance to come and meet you? Surely at the very least, the other five living prime ministers would have been worth talking to? Could you have agreed to a prorogation, but one for the normal three or four days instead of five weeks? Could you have said this must be a matter for parliament itself, and that it was up to MPs to decide whether it should be shut down?

The situation is made even more serious by the fact that it appears the privy councillors who secured your agreement may have lied to you. I do not, of course, know what they said to you, but what they are telling the rest of us is that the prorogation was necessary to allow Mr Johnson to prepare the Queen’s Speech and let MPs go off to the party conferences (though MPs had not yet voted on whether parliament should be closed during the conferences), but the ‘Secretary of State for Defence’ – who is apparently called Ben Wallace – has been recorded admitting that this is all lies and the real purpose of the prorogation is the fear that parliament may not obey Mr Johnson’s orders.

Here is a link to the recording of his admission: https://www.independent.co.uk/news/uk/politics/boris-johnson-suspend-parliament-brexit-ben-wallace-video-prorogue-a9083851.html

I appeal to you to reconsider this matter, and withdraw your permission for the prorogation.

Posted by John Withington at 14:36 No comments:

I have just sent this complaint, which also includes helpful suggestions, to the BBC:

"It is immensely frustrating to hear Brexit apologists run rings around BBC interviewers day after day with lies, evasions and obfuscations. It is the duty of your interviewers to take a far tougher line.

So if a Brexit-er tells you that Yellowhammer is out of date, a Remainer plot, that everything is now sorted, that the government is preparing for no-deal, etc, etc, the next question should be:
‘So do you guarantee that Brexit will not cause any shortage of medicines, foods or fuel or a hard border in Ireland?’ If the Brexit-er equivocates, they need to be pressed hard: ‘So what might there be shortages of? How long could these shortages last?' etc

If they say: ‘well I can’t tell you exactly’, the next question should be: ‘shouldn’t you know exactly how serious the shortages are going to be before you inflict them on our country?’

If the Brexit-er re-iterates that no-deal is nothing to fear and that everything will be fine, the next question should be: ‘so do you guarantee that you will resign if there are shortages of medicines, food or fuel or a hard border in Ireland?’

BBC interviewing on Brexit so far has let the country down. The UK is now facing its worst crisis since World War Two. If the BBC lets us down again, its reputation will never recover."
Posted by John Withington at 17:54 No comments:

Brexitwatch: should your MP be on holiday? 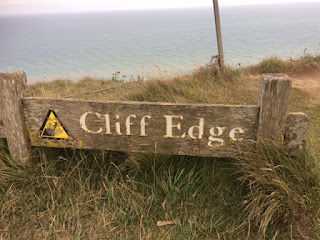 Just over 10 weeks until we get medicine, food and fuel shortages that go on for months, plus a hard border in Northern Ireland, and where are our MPs? On holiday.

To their credit, 100 realise that this is inexcusable, and have signed a letter demanding the immediate recall of parliament. 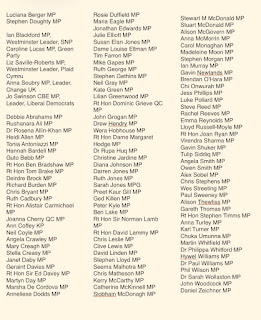 Is your MP among them? If not, shouldn't they be? My MP is Labour's Brexit spokesman, Sir Keir Starmer, and, astonishingly, his name is not here. Equally astonishingly, Jeremy Corbyn's is also absent.

This is what I have written to Keir Starmer:

Dear Sir Keir,
1. I was very disappointed to see that your name does not appear to be on the list of those demanding the immediate recall of parliament. I trust you will be signing without further delay. Future generations may find it very hard to understand why some MPs thought their holidays were a bigger priority than doing all they could to save the country.
2. I welcome Jeremy Corbyn's offer to lead a government of national unity to prevent the disaster/catastrophe of a no-deal Brexit. It now seems plain that no such government is achievable with Mr Corbyn as prime minister. Surely it is vital now for Labour to propose a government under a Labour MP who would be able to command the support of MPs from other parties. Those who fail to do everything in their power to prevent no deal will not be forgiven.
Yours sincerely,
John Withington
Posted by John Withington at 11:06 No comments:

Brexitwatch: Beware. Is 'no deal' a Boris Johnson dead cat? 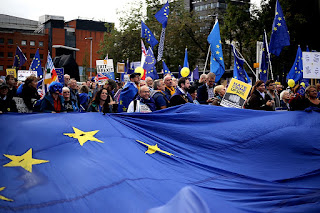 Back in the autumn of 2016, when Theresa May (remember her?) was peddling her 'no deal is better than a bad deal' nonsense, here is what I blogged on 9 October 2016:

'Is Mrs May engaged in a softening up exercise, conjuring up the most disastrous picture of Brexit imaginable, so that when she comes up with something that damages the country a bit less, Remainers will be pathetically grateful and go along with it?
Beware! Every Brexit is a bad Brexit. The only good Brexit is no Brexit.'

Now Boris Johnson is our prime minister. He once wrote that if you were losing an argument, the thing to do was to 'throw a dead cat on the table' - meaning you should come up with a suggestion so alarming that everybody was so distracted by making sure your alarming idea did not come to fruition that they forgot the real point.

With Johnson, the only thing you can count on is that you can't believe a word he says, so it is possible that he's wickedly irresponsible enough to take the UK out or the EU with no deal (and, therefore, of course no transition period either). Equally, 'no deal' may just be a dead cat designed to make us forget how disastrous any Brexit will be.

Either way, we need to remember: Every Brexit is a bad Brexit. The only good Brexit is no Brexit.
Posted by John Withington at 18:50 No comments: 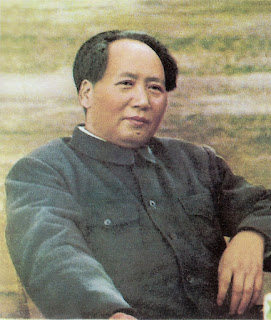 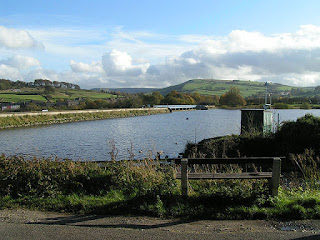 Posted by John Withington at 14:54 No comments: