Brexitwatch: Article 50 - another letter to my MP 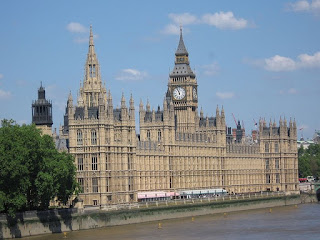 I try not to pester my MP with too many letters, but Labour's astonishing capitulation over Article 50 - roughly translated as: 'We demand a White Paper but we're quite happy to approve A50 without bothering to look what's in it' - I felt left me no alternative but to write again.

To recap, my MP is Sir Keir Starmer, who happens to be Labour's spokesperson on Brexit.


Dear Sir Keir,
I wrote to you a few days ago about Labour's bizarre support for Brexit, but I am afraid the party's incomprehensible behaviour of the last few days compels me to write again.
Did you hear Neil Kinnock on Tam Dalyell this morning? 'He had a razor-like ability to identify absurdity and then denounce it.'
A couple of days ago Jeremy Corbyn scored a rare success when Theresa May announced that she would, after all, produce a White Paper on how the government proposes us to extract us from the EU.
How utterly absurd then for Labour to commit itself to supporting the Tories and UKIP on triggering Article 50 when it has not even seen the White Paper and has no idea whether the Prime Minister's plans make any sense.
NO responsible MP should be supporting the triggering of A50 until they have had a proper chance to examine the White Paper, and if that means Theresa May is unable to meet her plan to trigger it by the end of March too bad. She has had eight months to set out her ideas. If she chooses to leave it until the last minute, that's her problem.
Can't Labour see that it's more important to try to minimise the damage to the country from Brexit than to facilitate the Tories' meeting a completely artificial, self-imposed deadline?
And what about the government's contempt of Parliament exhibited by its production of an A50 'bill' that would fit on the back of a fag packet with room to spare? Are Labour not even going to resist that?
You know my view. I will not support any party or politician who votes to take us out of the EU. But I assume you care about the future of the Labour party, and I cannot believe you are going along with this nonsense. I fear that many Labour voters will never forgive you.
Yours in sorrow and anger,
John Withington

Posted by John Withington at 18:02