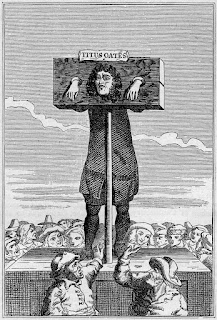 The story was not quite over, though. When James was deposed by his daughter Mary and his son-in-law, William III, Oates was pardoned, released and given a pension.
Posted by John Withington at 18:32