Thought for the day: the great Truss mystery 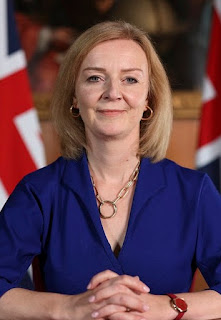 How many of the Tory MPs trampling over each other in the desperate, undignified scramble to endorse unprincipled, mendacious incompetent Liz Truss for prime minister in a pathetic attempt to advance their careers are privately sh*tting themselves because they’ve realised she’ll be a total disaster, and perhaps even worse than Johnson? Or do Conservatives just no longer care about stuff like how much damage they inflict on the UK? That’s certainly what the evidence would suggest.

But wouldn't it be funny if Sunak won and the Truss brown-nosers all had to claim they'd been 'wilfully misrepresented' and had really supported Rishi all along?

Posted by John Withington at 15:02