John Stonehouse: my part in his downfall 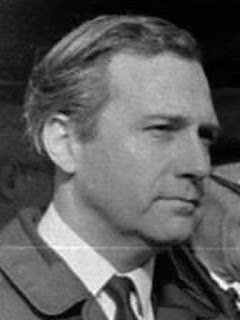 If you’ve been watching the ITV drama series Stonehouse https://www.itv.com/watch/stonehouse/10a1973/10a1973a0001, you’ll know the Walsall Labour MP John Stonehouse faked his own death in November 1974, creating the impression that he’d been drowned off a beach in Miami, only to turn up later in Australia where he was arrested. Later he was gaoled in the UK on various fraud charges.

At the time, I was a reporter at ATV, then the ITV company for the English Midlands, and I covered the story extensively. Shortly after his disappearance, I remember interviewing (sadly only by telephone) an American detective who told me he thought someone might have made Stonehouse ‘an offer he couldn’t refuse’ and that the MP might currently be ‘wearing a concrete overcoat.’

The detective turned out to be wrong, but the most surprising thing about the affair for me was that I had done a discussion programme with Stonehouse shortly before the General Election of October 1974 in which he and a Conservative MP had knocked lumps off each other in the customary manner. I’ve always wondered whether Stonehouse already knew he was going to fake his death a month later.

I did a number of interviews with his election agent, Harry Richards. This is one from May 1975:

Posted by John Withington at 10:18