Brexitwatch: Letter to a LibDem lord 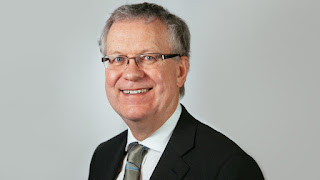 It's good to write to members of Parliament to complain or cajole, but sometimes it's good just to say 'thank you'.

I am grateful to the Liberal Democrats for being the only major party in England to oppose Brexit, so I wrote the letter below to their leader in the House of Lords, Lord Newby. This week the Lords will have probably the last chance to give Parliament a meaningful role in the Brexit negotiations when they consider Theresa May's back-of-an-envelope bill on triggering Article 50.


Dear Lord Newby,
I am grateful for all the Liberal Democrats' efforts in trying to prevent the worst excesses of Brexit. I hope you will keep up the good work in the Lords over the next couple of weeks.
I was deeply disappointed in the performance of the Commons - a point I have made forcefully on a number of occasions to my MP, who happens to be Sir Keir Starmer.
I have also written to the Labour leader in the Lords, Baroness Smith and to Baroness Wheatcroft on the Tory benches. If you have any suggestions about other peers I might write to, I would welcome them.
The points I have made were as follows. The referendum result does not represent the 'will of the people'. The vote was advisory only. If Parliament had wanted to make it binding, it could have done, but it chose not to. Nor is there any moral obligation to obey a result that was won by what the Leave campaign now admits was lies and deception, and yet which was still decided by only a tiny majority among a gerrymandered electorate.
So those members of Parliament who support Brexit are doing so out of choice and they will share in the responsibility for its consequences.
It is the duty of members of Parliament to act in the national interest. That requires the blocking of Brexit, The best option, therefore, is rejection of the A50 trigger.
If that cannot be achieved, it is vital that the Lords pass MEANINGFUL amendments, and if those amendments cannot be passed, then the Lords should reject the bill.
MPs talked about three concessions they said they had won from the government:
1. A White Paper
2. Regular reports to Parliament on the negotiations
3. A vote for Parliament on the final terms.
In my view, these 'concessions' are meaningless.
The White Paper is so vague and uncosted that it constitutes an insult to Parliament.
Unless MPs suddenly discover some backbone, the regular reports will just be the Brexiters' usual mixture of empty slogans and wishful thinking.
As for the final vote, the government is saying it will still be 'take whatever terms Theresa May has agreed however bad they are' or leave without any agreement, which will be even worse.
So at the very least, the Lords need to pass the following amendments:
1. The government must keep us full members of the Single Market. Theresa May and every other Conservative MP was elected on this promise, and throughout the referendum campaign, Leave campaigners were falling over themselves to say they did not wish to leave it.
2. When Theresa May has completed her negotiations, she must come to Parliament for approval of the proposed settlement. If it is rejected by Parliament, the UK will remain a member of the EU.
3. To be valid, any final agreement must win the approval of the Scottish Parliament, and the Welsh and Northern Ireland assemblies. Until this is given, the UK remains a member of the EU.
Good luck!
John Withington
Posted by John Withington at 15:16