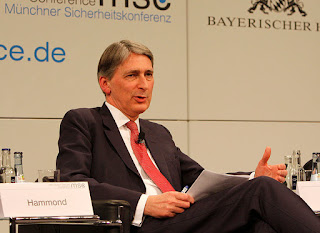 This odd couple say we need the transitional arrangement so that goods can still cross borders, and businesses can still trade and recruit the staff they need. The corollary of that, of course, is that once the arrangement ends, these things will no longer be possible. What Liam Fox does not explain is why, if Brexit is as marvellous as he says, is it so important to delay its effects?
Posted by John Withington at 15:25