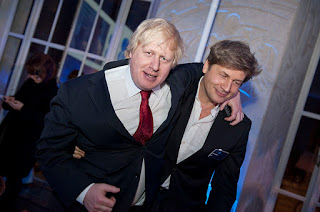 I explained in my last blog (12 December) how Brexit is actually quite simple, and the consequences that flow from that for the UK are simple too.

Once we decided to leave, we could try to stay close to the EU, which would mean obeying most of its rules. Or we could have a more distant relationship which would make us poorer.

Boris Johnson and the Conservatives did not find this a very attractive choice, and have tried to shirk it for the last three and a half years by claiming there was some kind of magic have-our-cake-and-eat-it solution.

(Theresa May’s deal would have made us about 3% worse off than remaining; Boris Johnson’s deal (if he could get it accepted by the EU) would make us about 4% poorer, while no-deal would carry an eye-watering 8% penalty.)

He was supposed to finally take a decision between these unpalatable options yesterday, but once again he bottled it. But the decision and the abandonment of cake-and-eat-it can’t be put off beyond 31 December, unless Johnson takes another unpalatable action: seeking the extension to transition that he said would never happen ‘in any circumstances’, and which would enrage the Brexit fanatics who maintain him in power.

Posted by John Withington at 10:21