Brexitwatch: 'My indecision is final.' Will Boris Johnson's dithering wreck the UK? 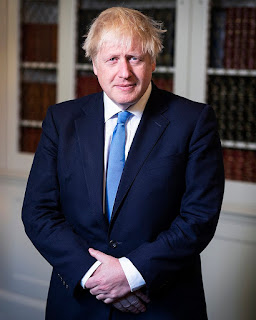 Boris Johnson has painted himself into a corner that allows only two unpalatable choices: accept a Brexit deal that breaks virtually every promise made by the Leave campaign or allow a catastrophic 'no deal' which could have any number of adverse effects including denying people the medicines they need to stay alive. (See my posts of Sept 27 and Oct 2).

It is a measure of how Johnson has been paralysed by this dilemma that his government has made no progress since I wrote about it two months ago, and now there is less than a month, and a month interrupted by Christmas holidays, before the transition period ends, and the UK has to face all the consequences of Brexit for the first time.

Now even the right wing Brexit fanatic newspapers are full of scare stories about how Brits who own holiday homes in Europe will be limited about how long they can spend there, how they'll face bigger bills, how insurance policies and driving licences aren't going to be valid anymore, how fishermen might 'take back control' of our waters but won't be able to sell their fish, how farmers will be bankrupted, how European freight companies will decide carrying goods to the UK is just too much hassle, etc., etc.

Of course, this has all been known about for years, but the right wing press had suppressed the stories, or derided them as 'Project Fear', hoping something would turn up. Maybe those German carmakers would finally ride to our rescue?

Johnson's inability to take tough decisions was notorious when he was Mayor of London. Now, faced with a much more crucial decision, he seems to be stuck in the Micawber position, desperately hoping that something will save him from having to choose between a rotten deal and no deal. It's the same approach he adopted with Covid - taking every decision too late. A failure for which many paid with their lives.

What price will the UK pay for his inability to take a decision over Brexit?

Posted by John Withington at 11:23