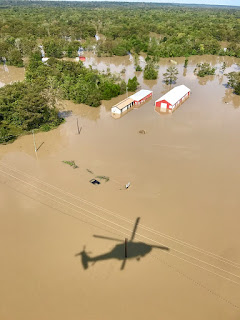 Brock Long, director of the Federal Emergency Management Agency (FEMA), has described it as the worst disaster in the history of Texas, with damage being estimated at anything up to $190 billion.
Posted by John Withington at 14:25