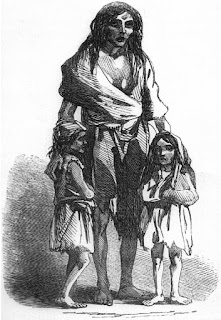 Part of my book Disaster! A History of Earthquakes, Floods, Plagues, and other Catastrophes (Skyhorse) covering the Irish potato famine of the 1840s, is quoted on this ‘History of Donegal’ blog - https://historyofdonegal.com/

The failure of the potato crop through a microscopic fungus brought dreadful suffering, and the response of the British government, which then ruled all of Ireland, was grotesquely inadequate. The ruling political party were free market fanatics, and were afraid that if the authorities handed out food to the starving, it would create a dangerous distortion.

In the end, theories were modified in the face of facts, and by mid-1847, soup kitchens were providing food for more than 3 million people a day. But by the time the blight was over, one and a half million people had perished from starvation and disease.

Another million had fled the country, but many never reached their destination. Of 100,000 sailing to the US in 1847, a fifth died from disease or malnutrition. Those who arrived often faced hostility and discrimination, but a ‘greater Ireland across the sea’ was created by the likes of John F. Kennedy’s great-grandfather who fled County Wexford in 1849.

Posted by John Withington at 18:31