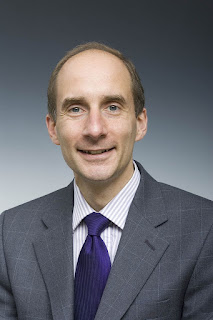 Wouldn’t it be nice if Labour showed a little humility after their catastrophic election performance? Especially as they were warned that their refusal to oppose Brexit would be a disaster.
Instead Lord Adonis (pictured), failed Labour candidate for the European Parliament, writing as Andrew Adonis in the New European, launches an attack on the LibDems, asking whether they should continue to exist!
Columnist Simon Jenkins writes in similar vein in the Guardian - https://www.theguardian.com/commentisfree/2019/dec/16/lib-dems-tories-split-vote-labour
Inconvenient fact: while Labour's vote collapsed, the LibDems' increased by three times more than the Tories'. But because Labour has always teamed up with the Conservatives to prevent reform of our undemocratic electoral system, the LibDems actually ended up with fewer MPs.
Adonis and Jenkins also seem unaware that the LibDems have more than 2,500 local councillors in England and Wales. Do they want them to be forced to join the Labour or Conservative parties too? And to hell with the people who voted for them?
Oh and by the way, do they want the Greens disbanded as well, and what about other Remain parties like Plaid and the SNP? If they all packed up, the Brexiters could get on with the job of wrecking our country without anyone asking them awkward questions.
It is infantile and demeaning to blame others for your own failures. If this is the best Labour can do, they're going to be in the wilderness for a very long time.

Posted by John Withington at 12:30