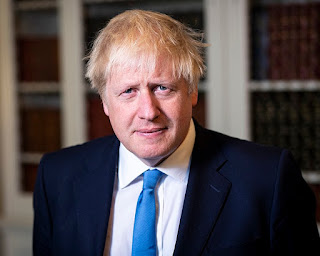 The huge ancient statue of the ‘king of kings’ who had thought such a lot of himself but who no one now remembers – reduced to a few bits of rubble on the desert ground.

Boris Johnson is such a persistent liar that it is hard to be sure of anything about him, but, of one thing we can be certain. The man whose ambition as a child was to be ‘world king’, will one day be gone. And then the Conservatives will have to share the fate of Ozymandias or start the painful project of rebuilding themselves as a decent political party.

Just as he did with the 2016 Brexit referendum, Johnson has built the Tories’ 2019 General Election campaign around a cynical, amoral lie: ‘get Brexit done.’ (See my blog of 20 November.)

The Tories’ tragedy is that they have allowed Johnson’s poison to infect the whole party. Every single parliamentary candidate is signed up to his lie. Any with any real loyalty to their party would be defying Johnson and telling the truth: yes, you can have Brexit if you really want it, but it will make you poorer, it will destroy jobs, businesses, savings, opportunities and rights, and severely damage the NHS and other public services, while possibly destroying the UK.

That is the choice. So will Tory candidates find the courage to explain it, or will they consign a once-great political party to the fate of Ozymandias?

‘Nothing beside remains. Round the decay
Of that colossal Wreck, boundless and bare
The lone and level sands stretch far away.’

Posted by John Withington at 19:32