Brexitwatch: a bad week for the Brexiters 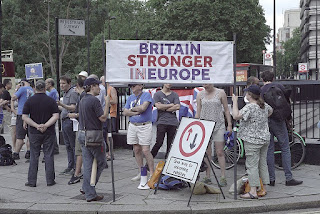 As I forecast in my post of June 21 (Brexit; a game of two halves), things were always going to get tough for the Brexiters once the negotiations began and the wild promises they had made started to hit the rocks of reality. But this has been a particularly bad week.

Theresa May’s Tory government has been desperate to keep hidden 58 studies it has done on how Brexit will affect the UK’s economy. Now Labour has successfully demanded they be published. No doubt May will keep wriggling, but if pro-democracy MPs keep fighting, the reports will surely be revealed.

And after a fair bit of foot-dragging, the Electoral Commission has finally agreed to investigate how the Leave Campaign was financed, just as investigative journalists begin to probe the involvement of Russia in securing the Brexit vote.

Brexit fanatic (and disgraced former defence secretary) Liam Fox had to admit that if we leave the EU, we will have to rip up trade deals with many other countries, leaving about 750 new agreements to be reached according to some estimates.

Then there was what Harold Macmillan used to call: ‘Events, dear boy’. A new disgraced former defence secretary, Michael Fallon, had to quit the government over his inappropriate treatment of women. And question marks have appeared over other MPs. At the moment, a minority Tory government needs by-elections, like a hole in the head or, say, a Leave vote in an EU referendum.
Posted by John Withington at 15:10