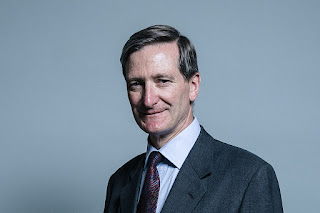 
Dear Mr Grieve, sorry, but not surprised, the Prime Minister double-crossed you last week. The fact is that you can't believe a word she says on Brexit (look at this nonsense this weekend about pretending it will release more money for the NHS). Unfortunately, she is completely in the pocket of the Brexit extremists, who just want to fulfil their anti-EU fantasies and couldn't care less about what it does to the country.
This time, stand firm and don't accept anything that isn't crystal clear and in writing.
And don't give in to any blackmail. The 5 year parliament rule means that any threat that by refusing to have Parliament sidelined you'll bring down the government is also hogwash.
Thanks for all your efforts, and good luck,
John Withington
Posted by John Withington at 18:37