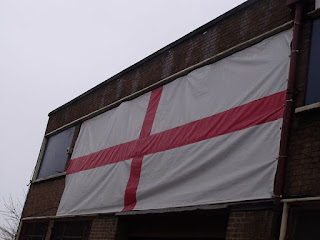 He told them Little England were world beaters, and that it was easy to keep out foreigners, but the fans were stunned as tiny Iceland, with a population smaller than Nether Wallop, slammed in two goals and dumped Boris Johnson’s team out of Europe without even the consolation of a trade deal.

The fans had adored his flagship argument that they could have their cake and eat it, and responded by beating up foreigners and chanting his slogan: ‘F*** off Europe, we’re all voting out.’

But after the match, those same supporters were bitter and angry. ‘He promised the rest of Europe would do whatever we told them,’ said one, ‘but instead they kept scoring goals against us. It wasn’t fair.’

Another complained: ‘He’s just a conman. After I’d eaten my cake this morning, it wasn’t there anymore.’ His friend commented: ‘Johnson’s team didn’t seem to know what they were doing. There was no plan.’

An ashen-faced Johnson, the highest paid manager in the tournament, said he did not remember making any of his promises.

Boris has survived many scrapes and scandals, thanks to the slavish support of his friends in the press, but with the supporters who once idolised him now in open revolt and his assistant, Michael 'we've had enough of experts' Gove, plotting against him, it is hard to see Johnson surviving to lead Little England for much longer.

Posted by John Withington at 08:28